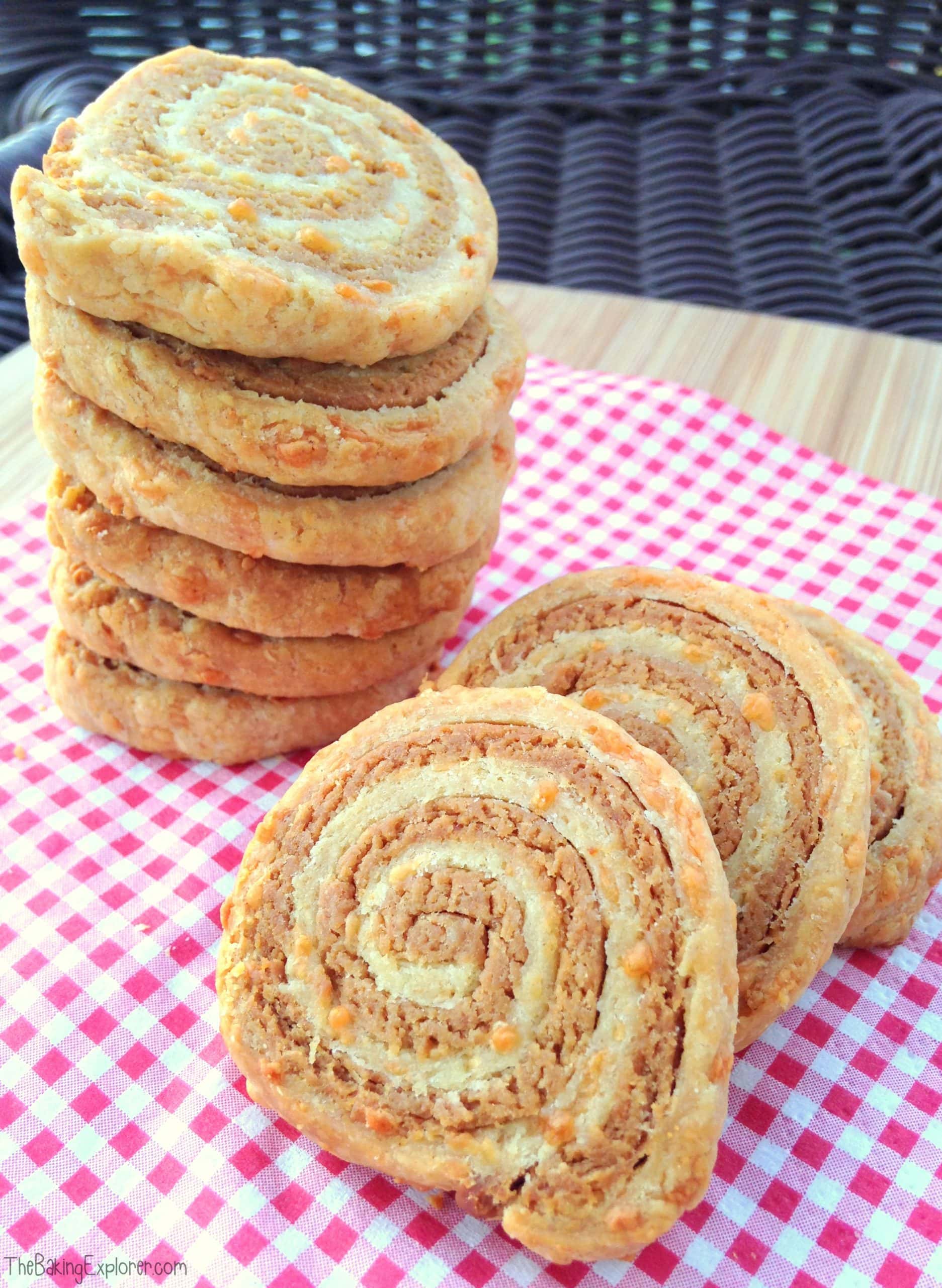 Cheese is one of my absolute favourite savoury foods and I adore Marmite. I've made some Cheese & Marmite Scones before, so I thought Cheese & Marmite Pinwheel Biscuits would be equally as yummy, plus pretty too! 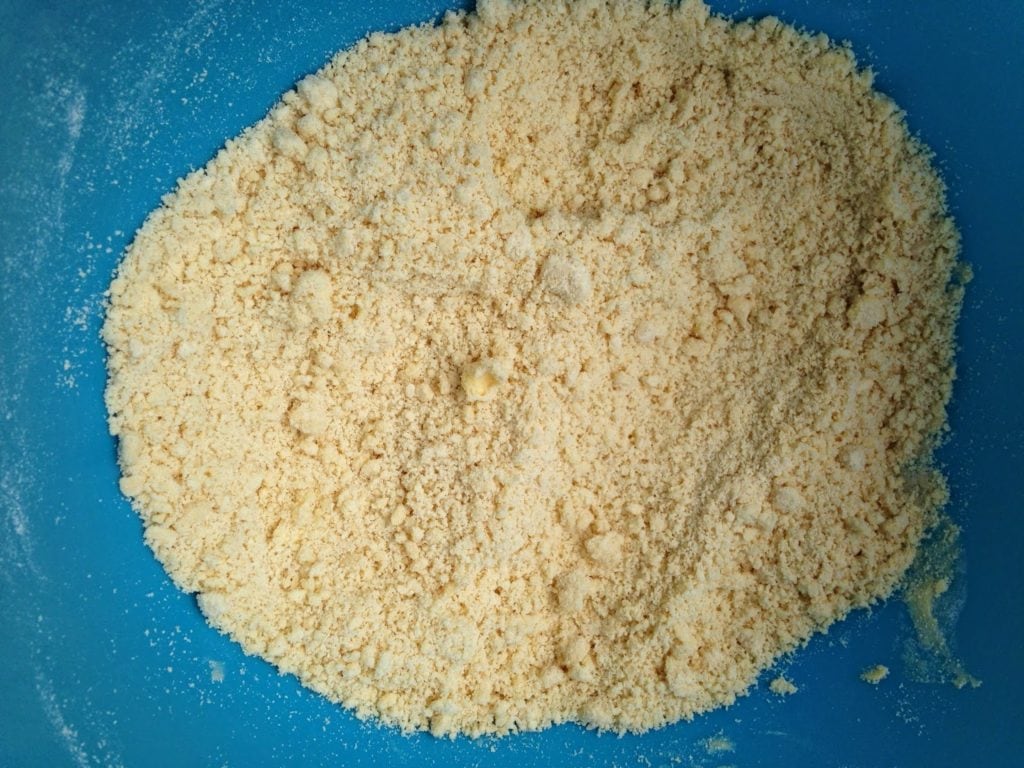 I started with plain flour and butter in a bowl. I rubbed it together with my fingers until it looked like breadcrumbs. Then I split the mixture equally (I weighed it to be precise) between two bowls. 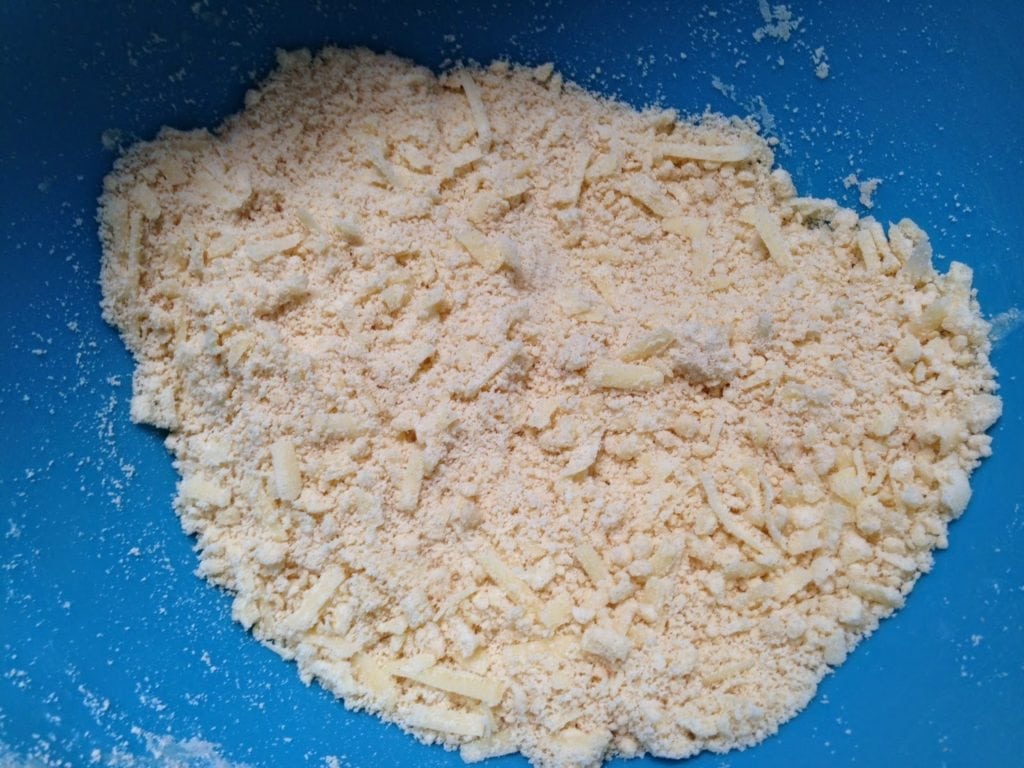 In one bowl I added grated mature cheddar. I mixed it in well with a spoon and broke the grated strips of cheese up into as small pieces as I could. 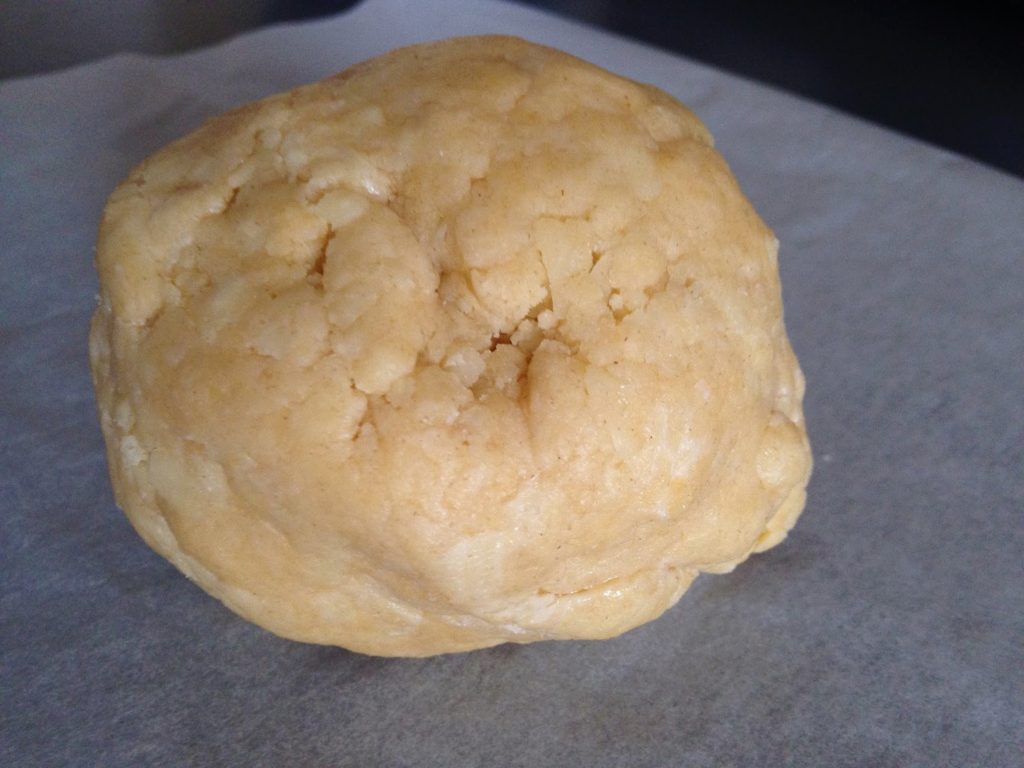 Then I added egg yolk and mixed it in. I added some of the egg white to bring it together until it formed a dough. 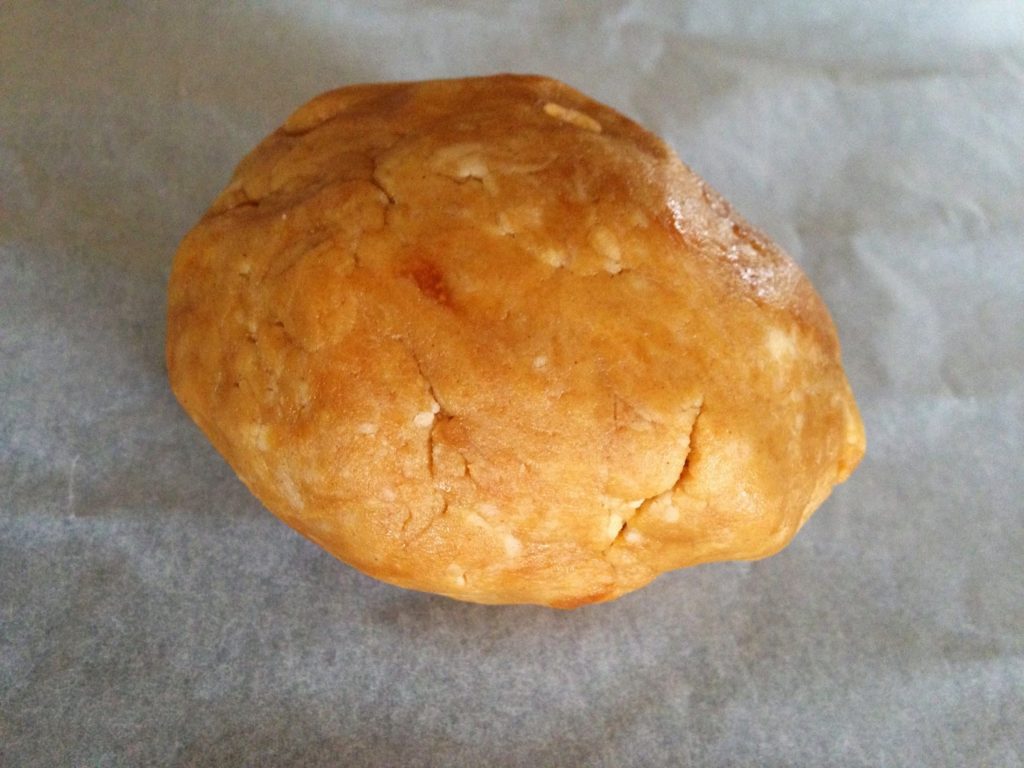 With the other mixture I added Marmite and egg yolk. Again I added some of the egg white to bring it together until it formed a dough. 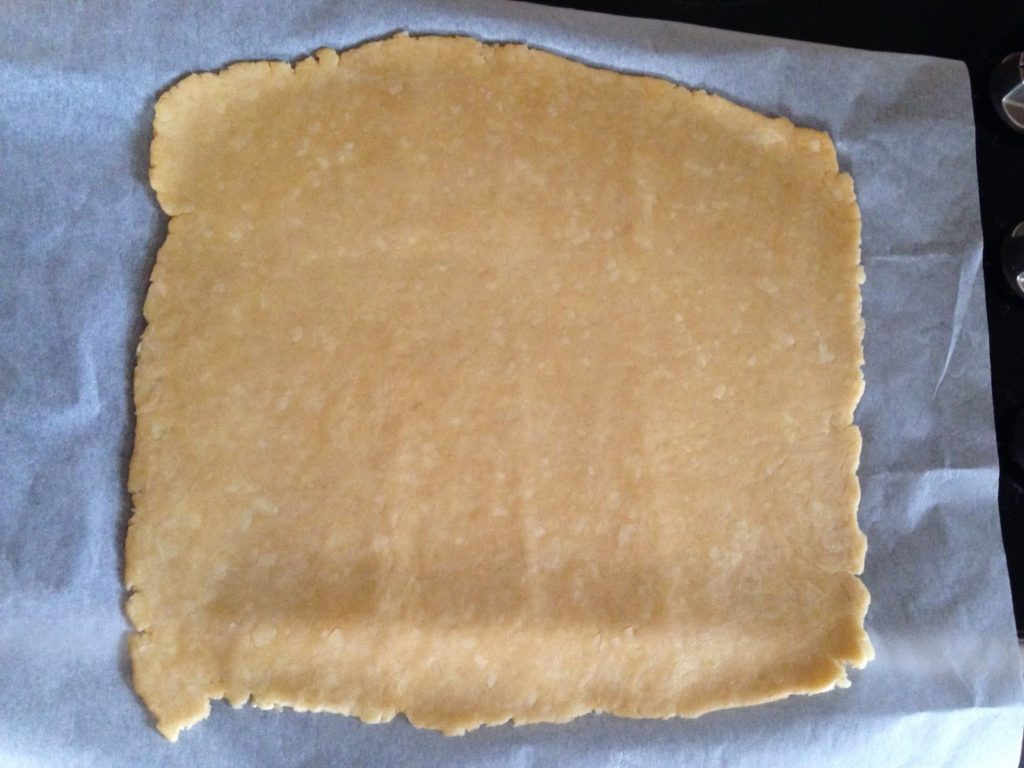 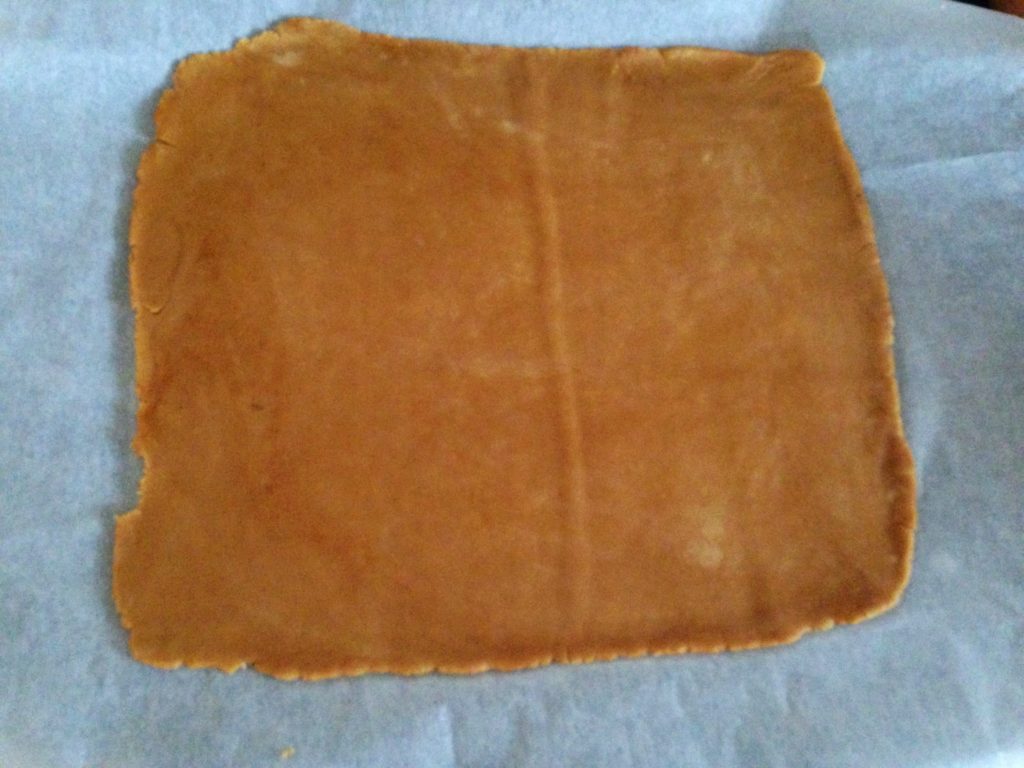 I rolled out both doughs onto greaseproof paper until they were a similar size. 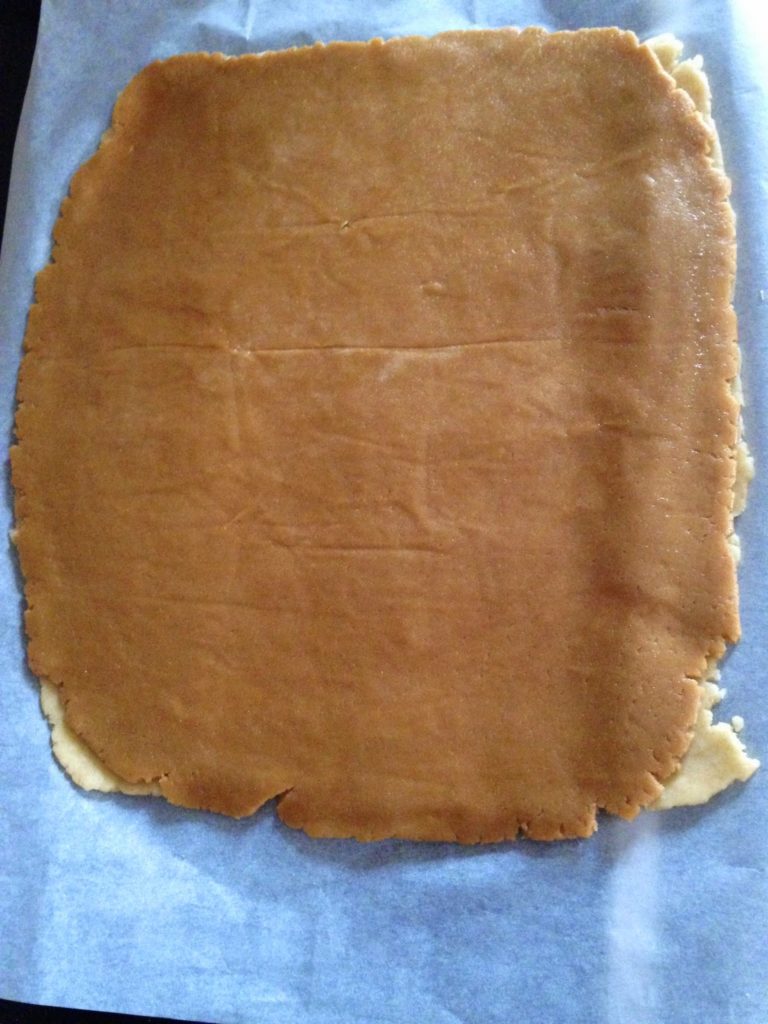 Then I carefully placed the Marmite dough over the cheese dough. 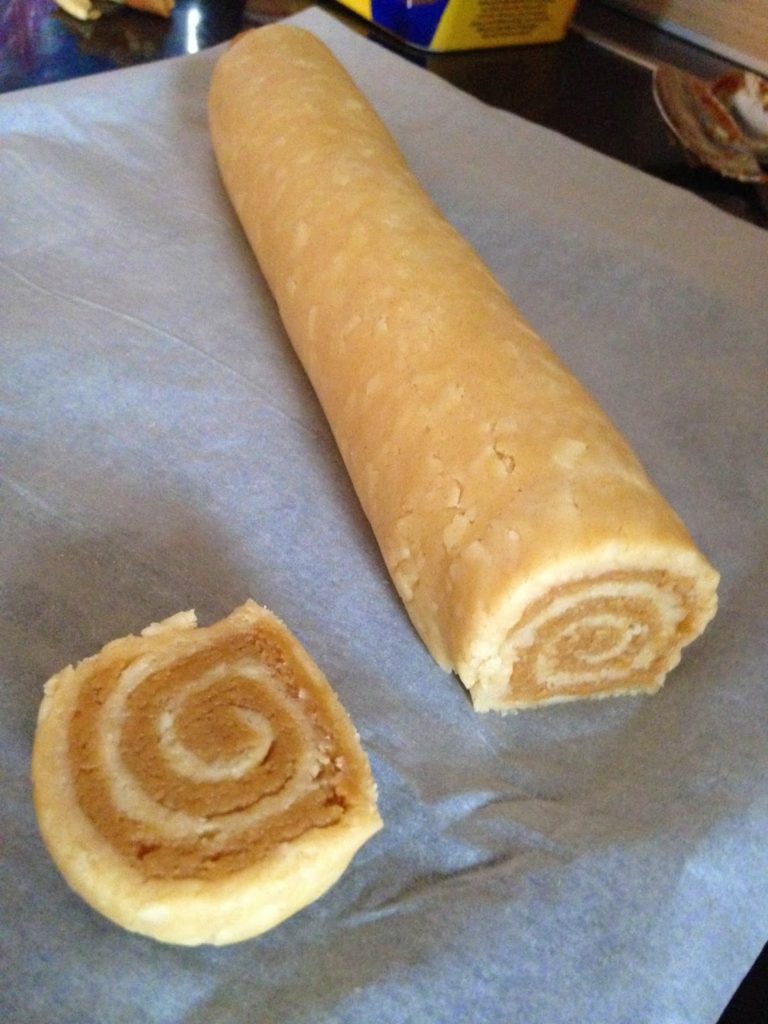 Slowly and carefully I rolled the dough into a tube. As you can see it makes a lovely swirl! I wrapped it in cling film and chilled it in the fridge for about an hour. 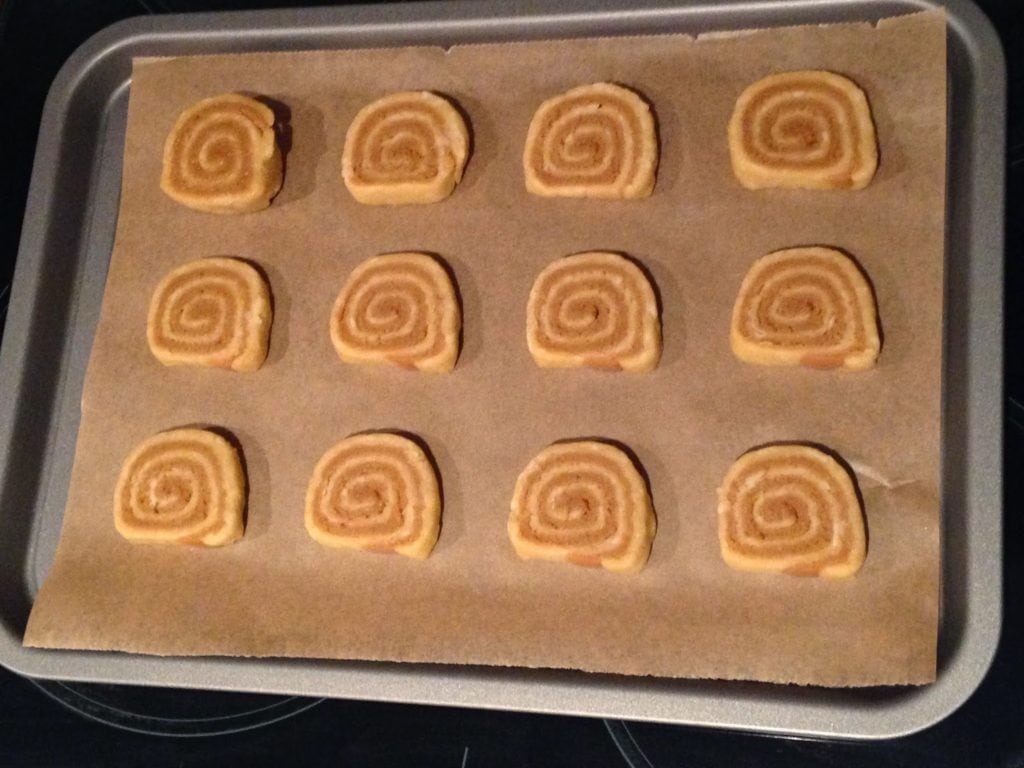 Using a sharp knife I sliced up the tube of dough into pieces about 8mm thin, and placed onto a baking tray lined with baking paper. 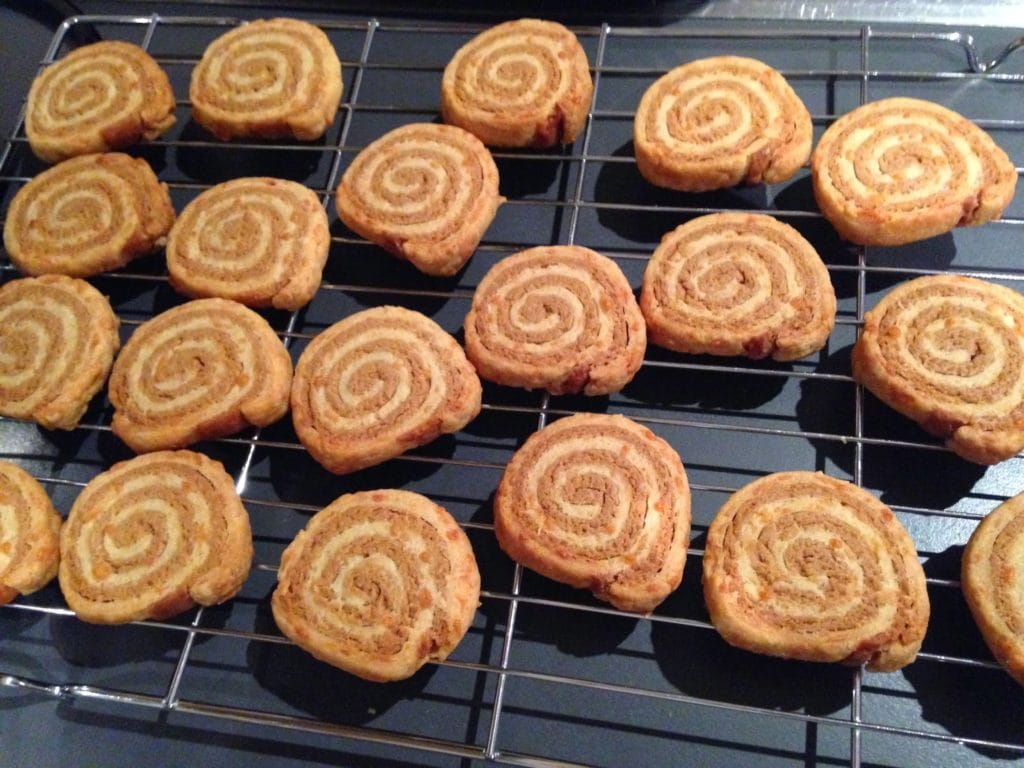 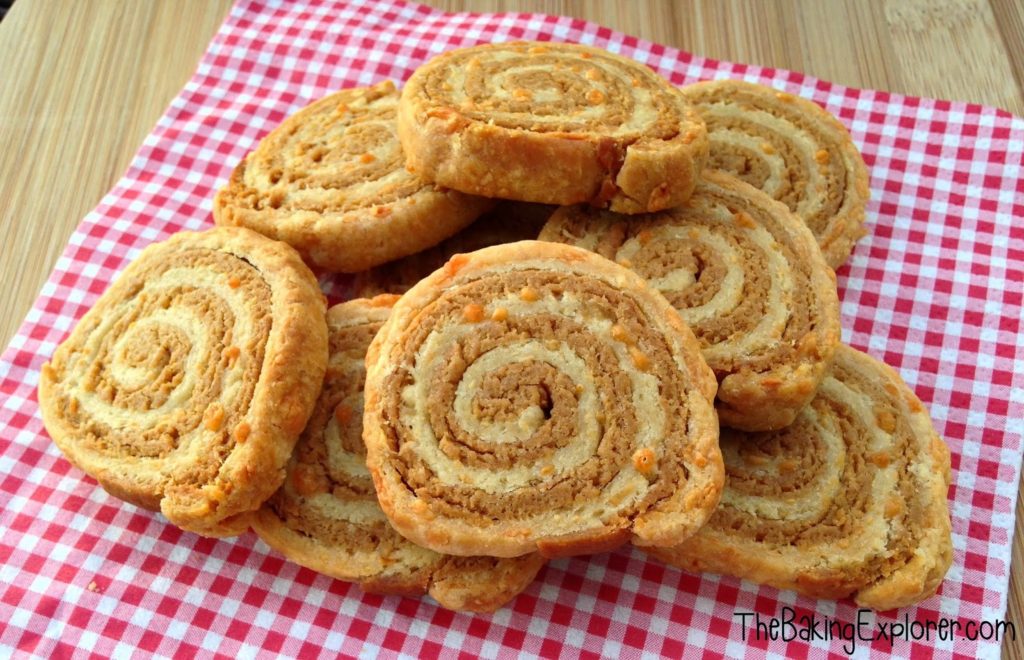 I often, if not always, bake for other people, but these Cheese & Marmite Pinwheel Biscuits were all about me! I love Marmite so much and I adored these Cheese & Marmite Pinwheel Biscuits so much that I ate about 7 of them... If you are a Marmite fan like me you will love them too! My colleagues did a good job of eating them up too. Some of them had never had Marmite before, or were unsure about it, but they enjoyed the biscuits. I was pleased and secretly hope they will soon become Marmite lovers like me. 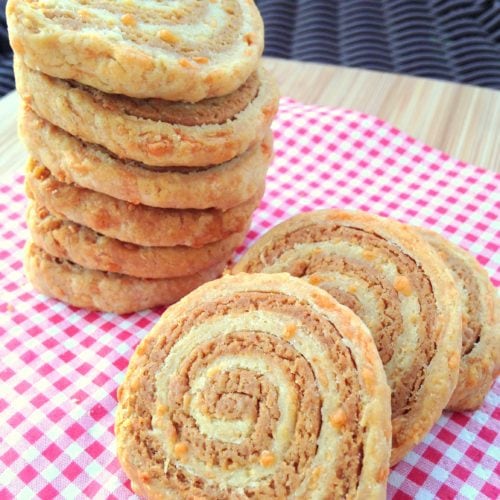