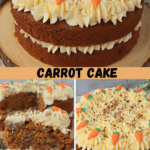 Carrot Cake is one of the most well known bakes and it's no wonder why. It's packed fully of tasty flavours and different textures, and wrapped up in what has to be one of my favourite frostings ever - cream cheese frosting. I could eat the stuff straight from the bowl! Carrot cake is also a delicious way to use up leftover carrots, especially after a roast dinner or around Christmas and Thanksgiving. I thought it was about time I shared my best ever carrot cake recipe. And while I think it's the best, carrot cake can be dividing depending on how you like it so it's a very adaptable recipe too. Some people love nuts and raisins in their carrot cake, whether others don't. So you can include them or exclude them and this recipe will be delicious either way! One thing you won't want to change is the super thick and pipeable cream cheese frosting. It is hard to get thick cream cheese frosting in the UK, but this recipe is perfectly thick and pipes like a dream!

How to make Carrot Cake

To make the cake, stir self raising flour, wholemeal flour, baking powder, bicarbonate of soda, mixed spice, cinnamon and light brown sugar together in a large bowl. In a separate bowl, whisk together vegetable oil, eggs, orange zest and orange juice. Combine the mixtures and whisk them together.

Mix in the carrot, pecans and sultanas, and divide the mixture evenly between two cake tins. Bake for 40 minutes.

Once the cakes are cool, make the cream cheese frosting. Start by using an electric mixer to whip up the softened butter.

Then add icing sugar and mix it in. Then add cream cheese and vanilla, and mix until just combined and smooth.

What is the best way to prepare the carrots?

If you have a food processor with a grater attachment then that’s the quickest and most effortless way to prepare them. A manual grater works really well too, and it only takes a few minutes.

Can you use plain/all purpose flour instead?

Yes! If you want to use plain flour (instead of self raising flour) then you will need to add 2 additional teaspoons of baking powder to the recipe. Make sure they are level teaspoons (a measuring teaspoon, not the kind you stir your coffee with). 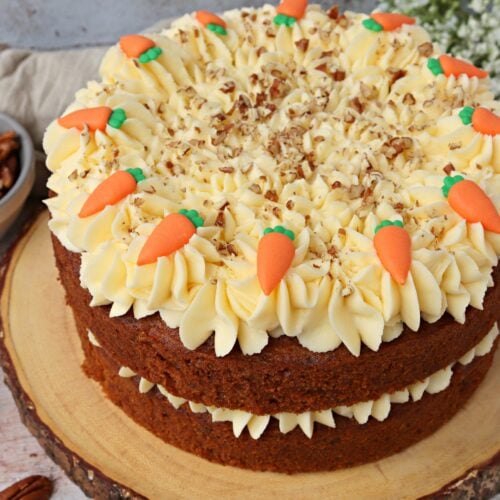 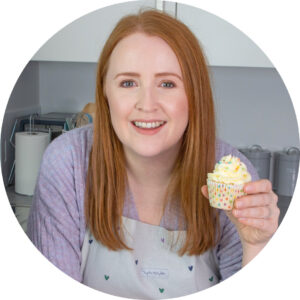