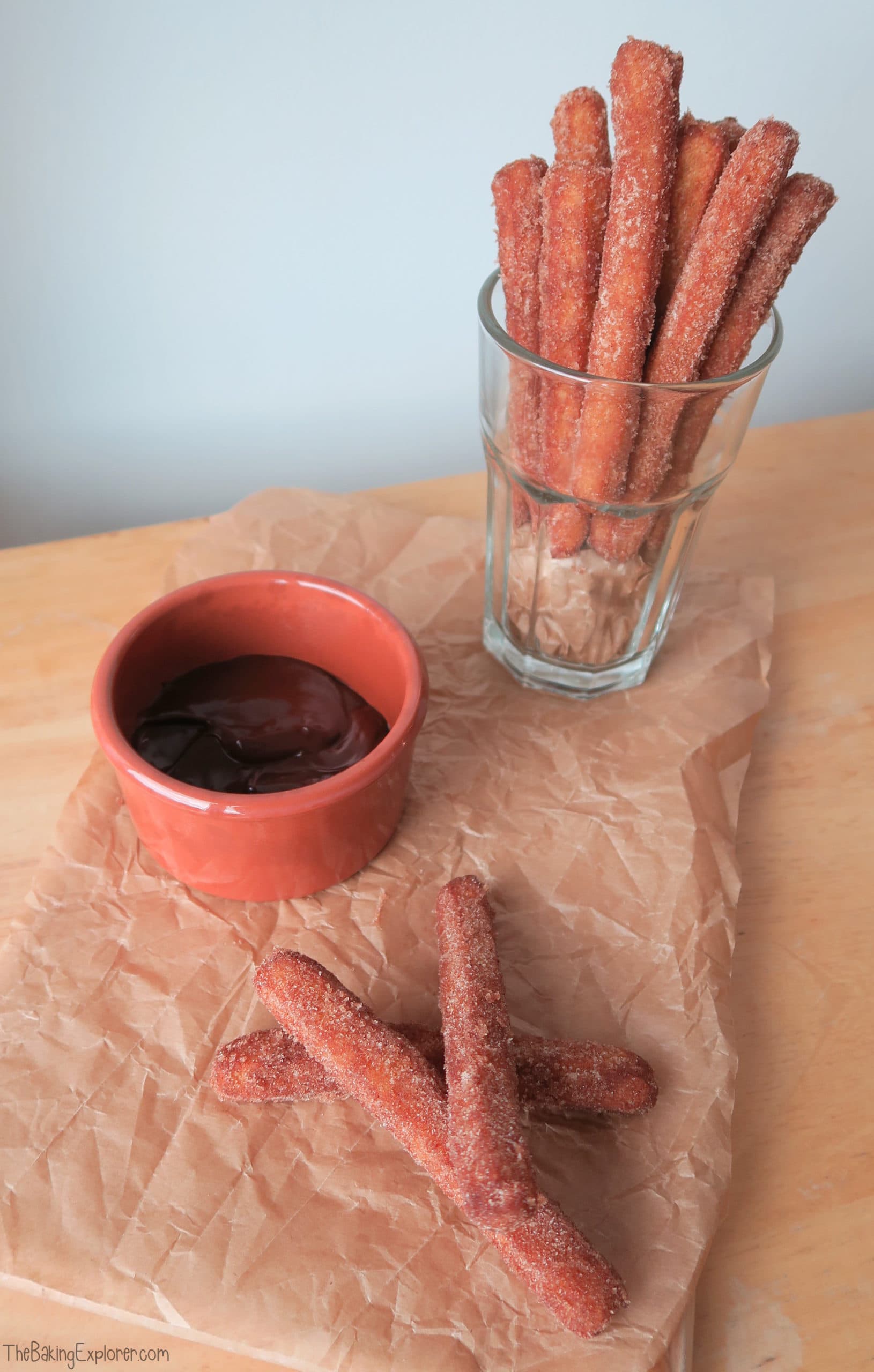 Churros are a delicious deep fried donut-like treat, rolled in cinnamon sugar and often dipped in chocolate or caramel sauce. I've had them many times in Spanish and Mexican restaurants and they never disappoint! Fried dough dipped in chocolate is always going to be pretty good really isn't it?!

I started by making the dough, I sieved plain flour and baking powder into a bowl.

I added a mixture of boiling water, melted butter and vanilla extract and beat it into a dough. Then I left it to rest for 15 minutes.

I prepared a bowl of caster sugar and cinnamon for rolling the churros in after frying.

I piped the churros out in long stick shapes using a star shaped nozzle. You can make them in any shape you like of course. I used a tip from Bake Off and kept them on pieces of baking paper as I put them in the fryer.

To fry the churros I used a deep fat fryer at 180C until they were golden brown, I turned them over during frying. To fry them, I used sunflower oil.

I did them in batches of three so the temperature in the oil would remain the same. When they were cooked I rolled them in the cinnamon sugar.

To make the chocolate sauce I melted dark chocolate with butter. Use the sauce immediately once made and getting dipping!

The churros were so moreish! As predicted, the combination of fried dough, a cinnamon and sugar coating, plus chocolate dip is absolutely delectable and keeps you reaching for more, and more, and more! 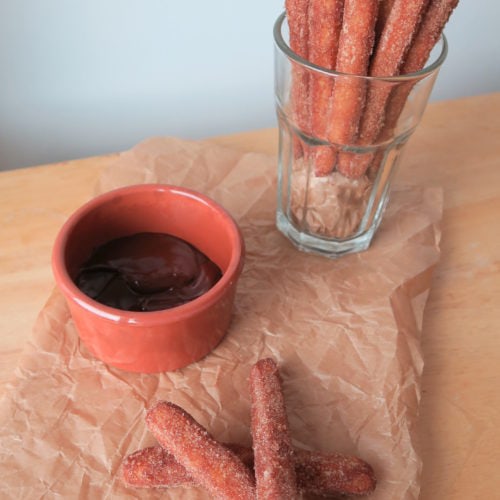 For the churro batter

For the chocolate sauce

For rolling the churros in