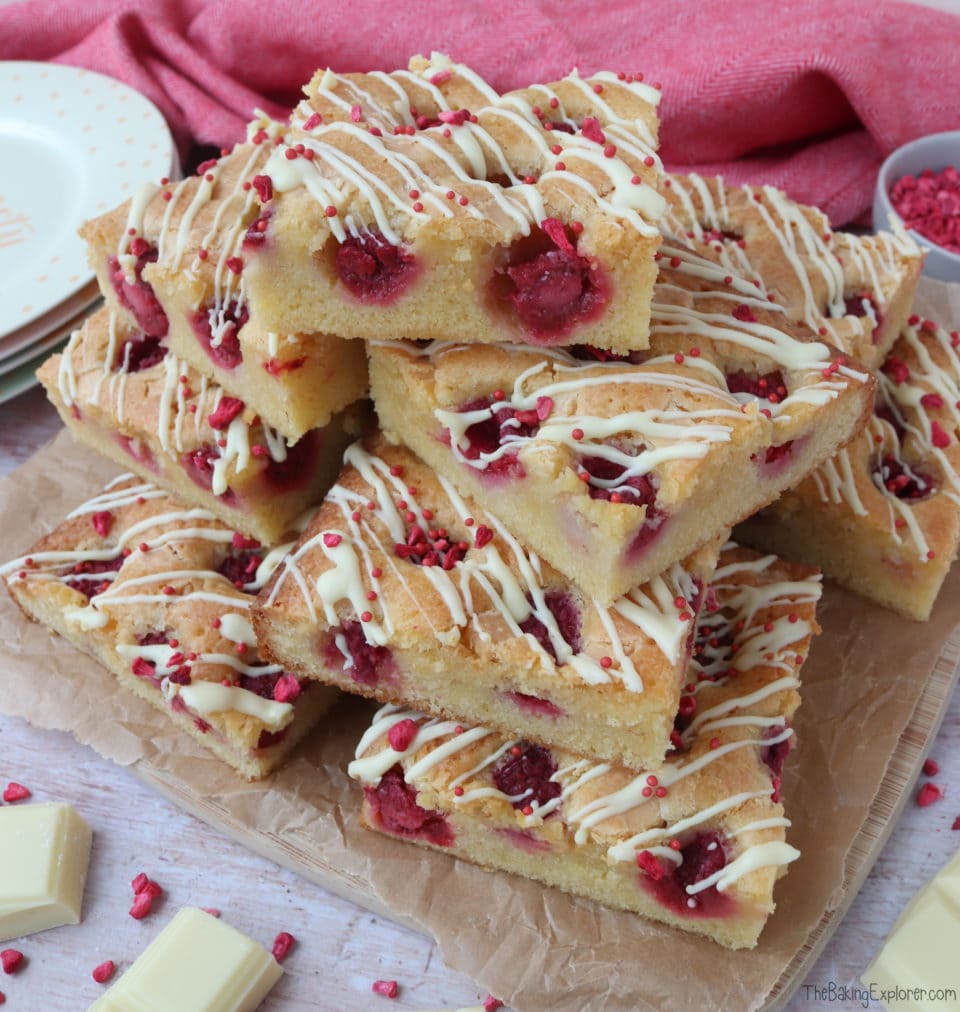 If you’ve not tried blondies before then this delicious and simple recipe is a great place to start. They are the sisters of brownies, and are made the same way but with white chocolate instead of milk or dark chocolate. The tangy fresh raspberries in this Raspberry & White Chocolate Blondies recipe are the perfect compliment to the sweet sponge and white chocolate chips scattered throughout this yummy traybake. It’s super easy to make and great for a lazy Sunday afternoon, it would also be fabulous for a bake sale or party!

I started by melting the butter and golden caster sugar together in a pan on a low heat. Once the butter was melted, I took the pan off the heat and added the white chocolate. I left it for a couple of minutes, then stirred it in.

I added the eggs, whisking as I poured them in to make sure the mixture didn’t cook the eggs. Then I stirred in the vanilla. Then I added the plain flour and mixed well before pouring the mixture into the tin. I placed the raspberries all over the batter and sprinkled on the white chocolate chips.

I baked them for 30 minutes, it was risen all over and golden on top.

Once the Raspberry & White Chocolate Blondies had cooled I melted some more white chocolate and drizzled it all over them, then I added some red sprinkles and some freeze dried raspberries.

How do you know when the blondies are baked?

I bake them in my oven on 160C Fan for 30 minutes until they are golden brown all over like in the photos. Using a skewer inserted in the centre doesn’t give a clear indication that they are done because blondies are meant to be gooey and almost a little under cooked. Blondies are the white chocolate version of brownies and they are not like cake. They will also set more as they cool down, wait until they are cool to remove them from the tin.

What white chocolate should I use?

The Raspberry & White Chocolate Blondies were delicious and a big hit with my colleagues! The tangyness of the fresh raspberries along with the sweetness of the chocolate and the sponge was a tasty contrast. They were also so simple, quick and easy to make, so perfect for an easy weekend treat! 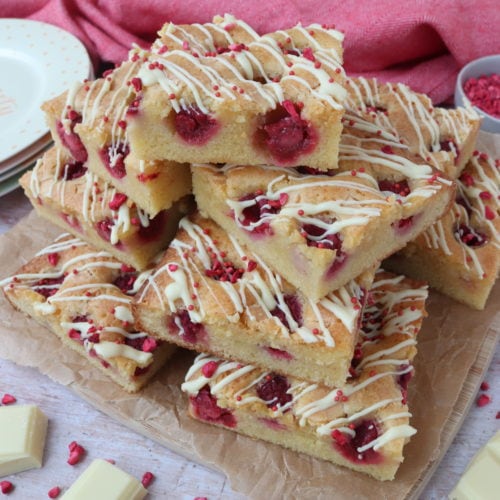 If you would like to use a 8″ or 9″ square tin instead, reduce the recipe by one third. So you will need: They will also need less time to bake, depending on your oven, I’d suggest 20-25 minutes.

If you like this, check out more of my Blondie recipes! 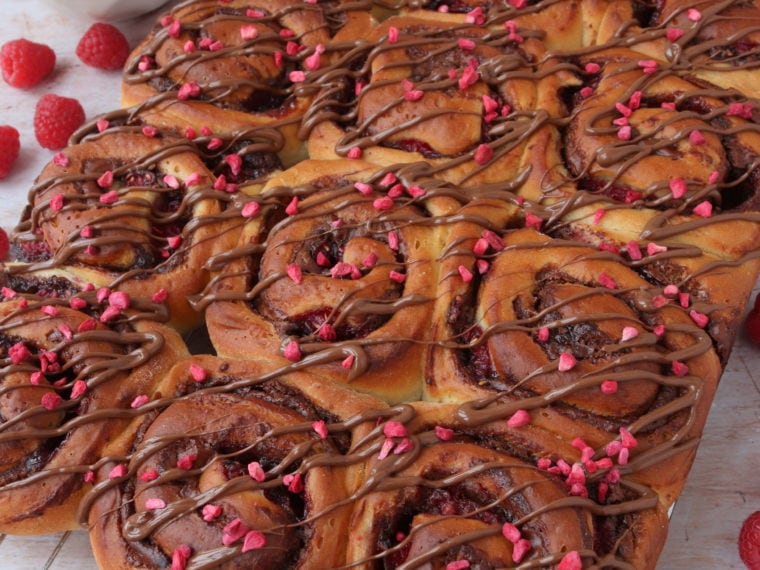 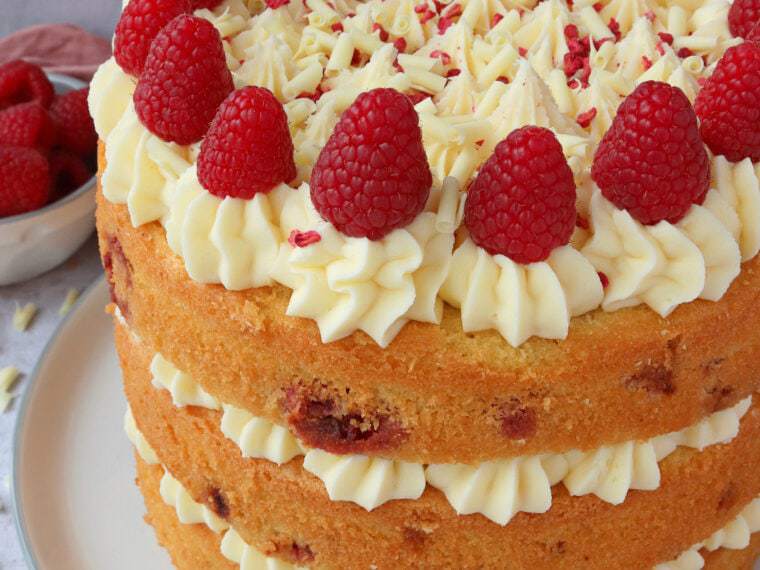 Yummy white chocolate blondies, with all the flavo

This Lemon Meringue Pie is an absolute dream! Supe

Cheers to the weekend! 🥂 This Prosecco & Strawb

This Chocolate Mint Cake is such a showstopper but

Does anyone else feel the irony that #NationalBana

If you're going to bake one thing this Easter, the