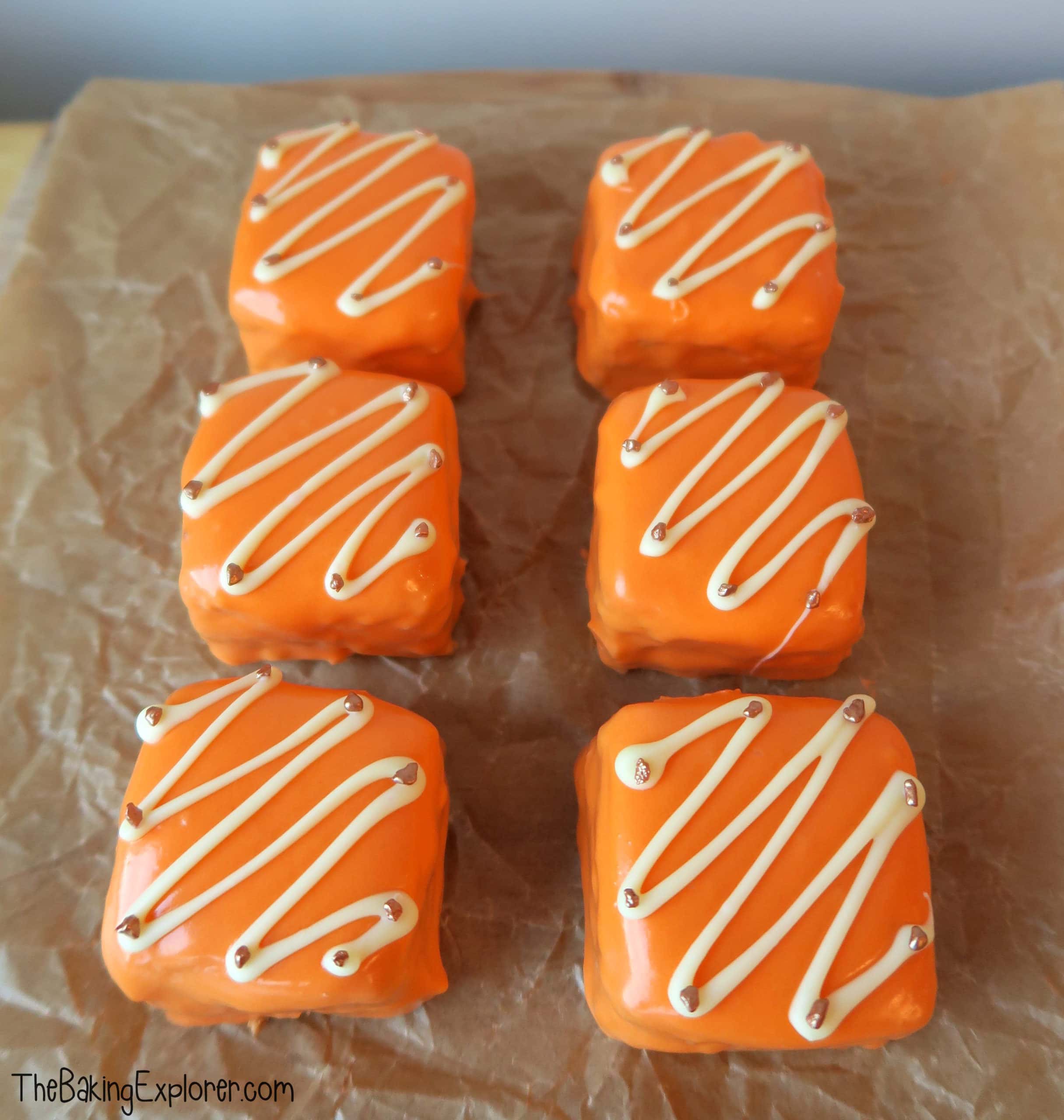 I started by making a genoise sponge and whisked up eggs with golden caster sugar for about 7 minutes until it was thick and had reached the ribbon stage.

Then I sieved in a mixture of plain flour and cinnamon in three stages, and gently folded them in each time. Next I added melted butter which I poured around the edge of the bowl and folded in. I poured it into a lined baking tin.

While the cake was baking I made the apple filling. I heated up cooking apple, cinnamon and light brown sugar on a low heat for 15 minutes until the apples were soft. I let the mixture cool, then whizzed it into a puree using a hand blender. 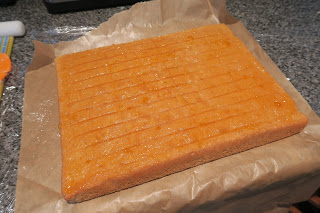 Then I took the cake out of the freezer and brushed a thin layer of apricot jam over the top.

I rolled out a 250g pack of orange fondant and covered the cake with it.

I trimmed the edges of the cake then using a ruler I cut it into 1.5" squares. 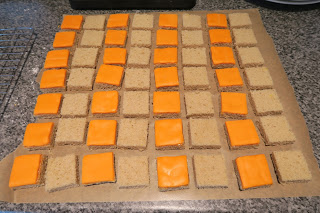 Then I cut each square into half. 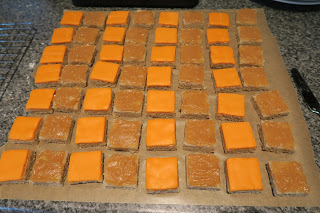 I spread the apple filling onto the bottom half and sandwiched them all back together. 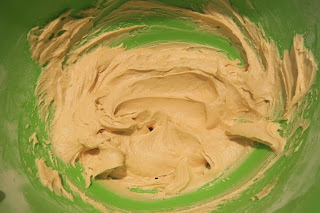 I made a caramel butter cream by mixing butter, golden icing sugar and caramel extract. 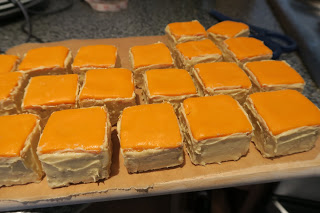 Using a palette knife, I coated the sides of each cake with the buttercream. This was quite fiddly to get 100% neat. I put them in the fridge for an hour for the buttercream to set.

I made a pourable fondant by mixing up 1kg ready to roll fondant with 115ml water and some orange food colouring. To decorate them. I set up a cooling rack with a baking tray underneath and used it to place the cakes on before the pouring the fondant over the top. 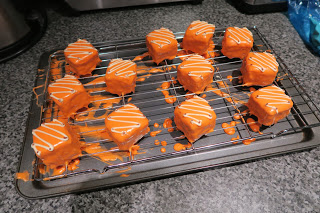 I melted white chocolate, put it into a piping bag and piped a zig zag pattern on top. Then I added some bronze sprinkles. 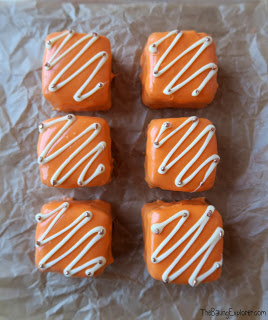 I didn't expect the Apple Pie Fondant Fancies to be as neat as professional ones, but I thought they came out alright in the end. The sides could have been neater, but the top were lovely and smooth. My fondant didn't fully set, even after being in the fridge overnight, so they were quite messy when eating them!

And the best bit, the Apple Pie Fondant Fancies tasted just like apple pie! The cinnamon, apple and caramel all came together in a way I wasn't expecting, and produced a delicious apple pie flavour. This wasn't my original intention, but it really made the whole experience of making these worthwhile. 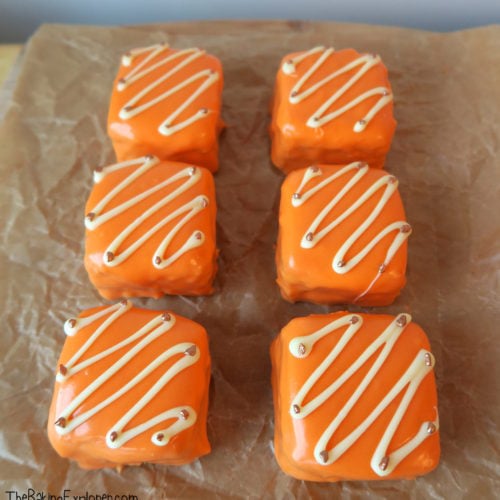 For the glaze & to cover the cake

For the pourable fondant