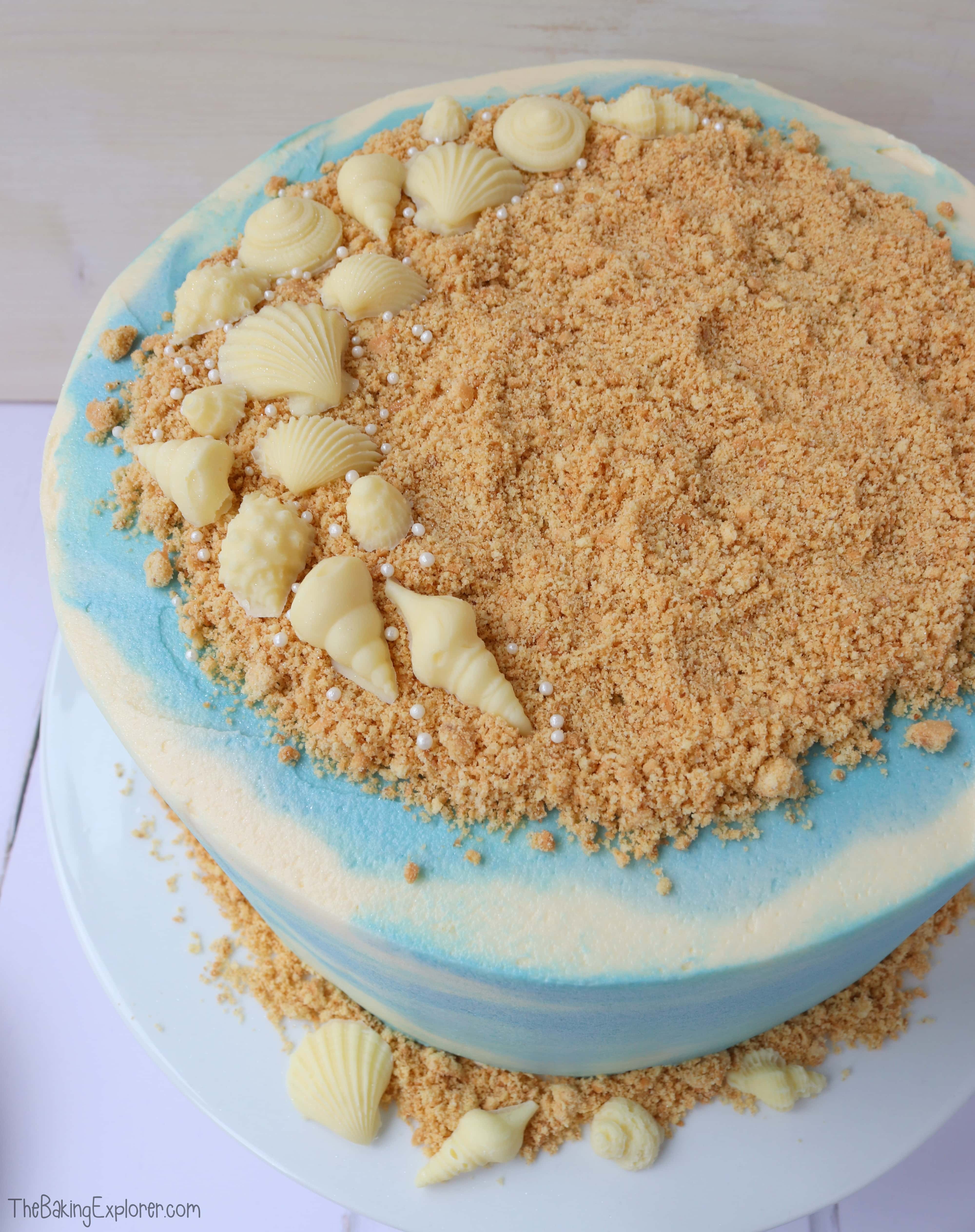 When I think of beaches and tropical islands, coconut always comes to mind. I wanted to create a cake that transports your mind and your tastebuds to a far away land and so this Coconut Beach Cake was created! It's made of a flavour packed coconut sponge using coconut oil, creamed coconut blocks (which you can easily find in the Asian food section) and dessicated coconut. I've filled and covered it with a coconut flavoured buttercream with a blue watercolour effect to remind you of those beautiful blue seas from exotic lands. On top is crushed digestive biscuit and white chocolate shells for more of that beach vibe!

How to make Coconut Beach Cake... 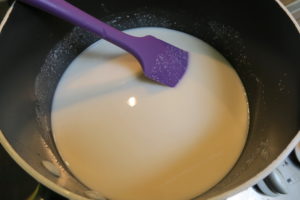 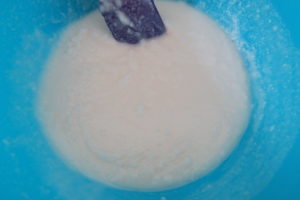 To start I melted two creamed coconut blocks with coconut oil, then I stirred them into caster sugar and let the mixture cool for 10 minutes. 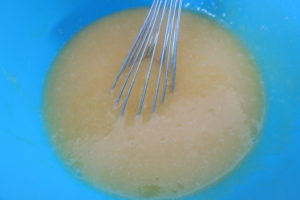 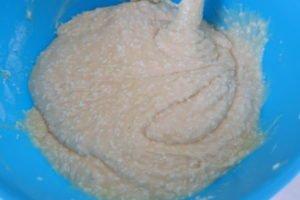 I whisked in eggs, then self raising flour and dessicated coconut. 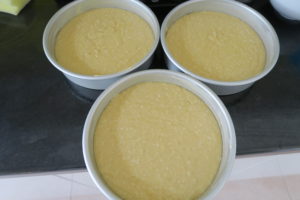 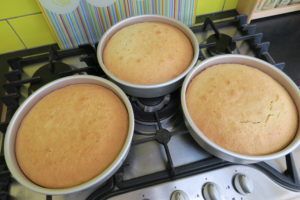 I divided the batter between the tins and baked the cakes for 35 minutes. 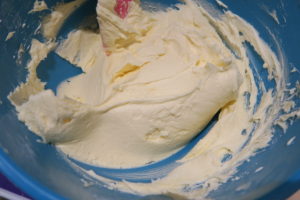 To make the buttercream I mixed together butter, icing sugar and coconut flavouring until smooth. 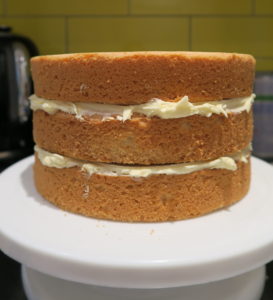 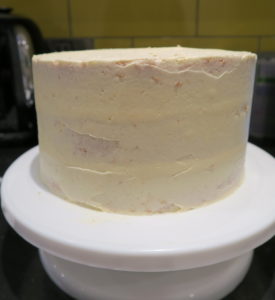 I stacked up the cake, spreading buttercream between each layer. Then I covered the whole cake in a crumb coat of buttercream and chilled it in the fridge. 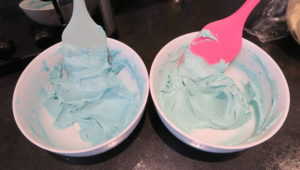 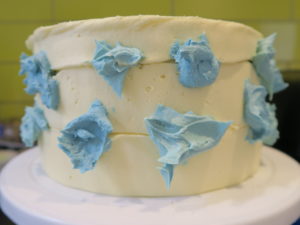 To create the watercolour icing effect I first separated some of the buttercream into bowls and coloured it two shades of blue. Then I covered the cake in a layer of the white buttercream, then added blobs of the blue buttercreams all around. 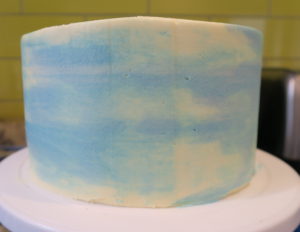 I smoothed the buttercream out to create the watercolour effect. 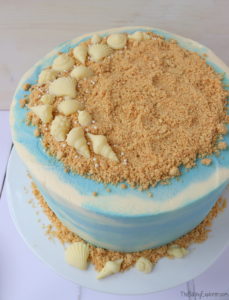 To decorate I added crushed digestive biscuits as sand and some white chocolate shells I had made in a silicone mould. 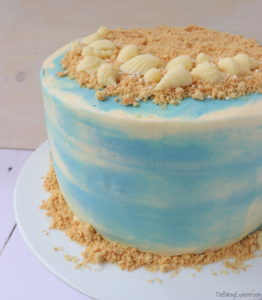 This Coconut Beach Cake will fill your mind with memories of your last beach holiday, and make you want to book another one immediately! 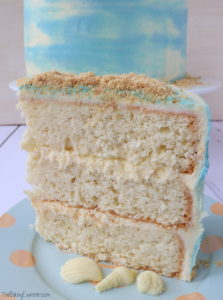 The sponge of the Coconut Beach Cake is a different texture to the cakes I normally make using butter, it's denser but in a good way! And it's absolutely packed with coconut flavour! 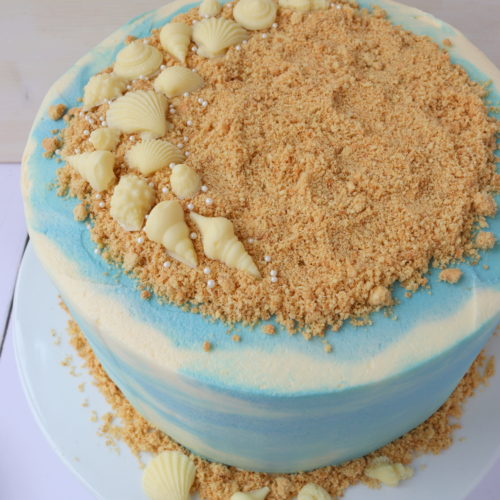