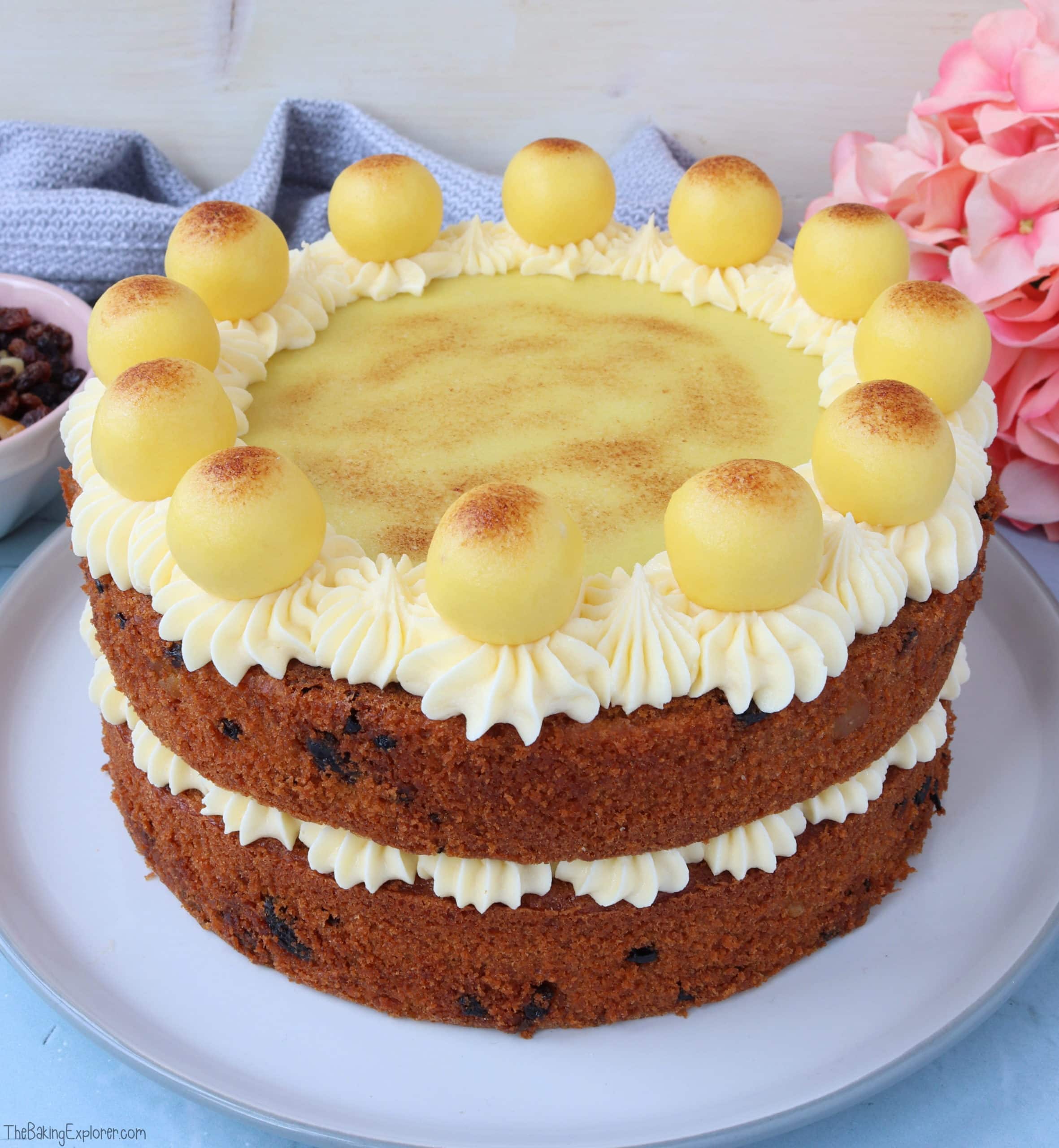 Simnel Cakes go way back, all the way to medival times in fact. They were actually made for Mother's Day, but nowadays they are considered an Easter cake. The marzipan balls on top represent the apostles (minus Judas) and there are supposed to be 11 of them. I put 12 on this Modern Simnel Cake, partly because of my lack of religious knowledge and partly because I like things to be even! I wanted to make the Simnel cake a bit more up to date, so this Modern Simnel Cake is made in two layers, with a filling of almond buttercream and the sponge is a little lighter with less fruit.

The sponge of the Modern Simnel Cake is lovely and light with just enough fruit in my opinion, and the sweet almond buttercream is the perfect accompaniment. It's great for a hungry group of family and friends at Easter and any marzipan lovers in your life will adore this cake!

How to make Modern Simnel Cake...

To make the sponge I mixed together butter and light brown sugar until fluffy, then I stirred in the lemon zest.

I whisked in eggs, milk, plain flour, baking powder and mixed spice. Then I folded in mixed fruit and some glace cherries.

I divided the mixture between the tins and baked them for 45 minutes.

To make the almond buttercream I whisked the butter and icing sugar together, then I added almond extract and whisked until smooth.

I levelled off the sponges and piped some almond buttercream over the bottom sponge.

Then I added the second sponge and spread a little apricot jam in the centre. I covered it with a circle of marzipan and I also rolled 12 marzipan balls.

How long does the Modern Simnel Cake last for and can you freeze it?

To do this and avoid damage to the decoration, freeze it either in an airtight container. Or let it freeze solid on a cake board or plate, then wrap in cling film. Remove the cling film when you take it out to defrost it, if you don’t it could damage the decoration as it defrosts and softens. You can also freeze slices of the cake, again well wrapped in cling film or in airtight containers.

Can this cake be made in different size cake tins?

If you would like to make this cake in different size tins, please check my Conversion Guide to find out how to adjust the recipe.

Can this recipe be made into cupcakes?

I have a very similar cupcake version of this recipe called Easter Simnel Cupcakes, check them out for a recipe and instructions. 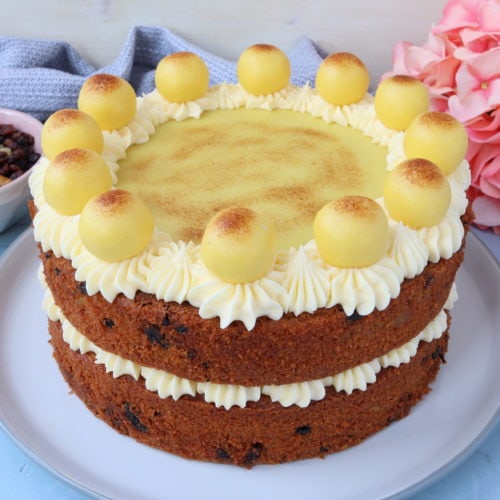