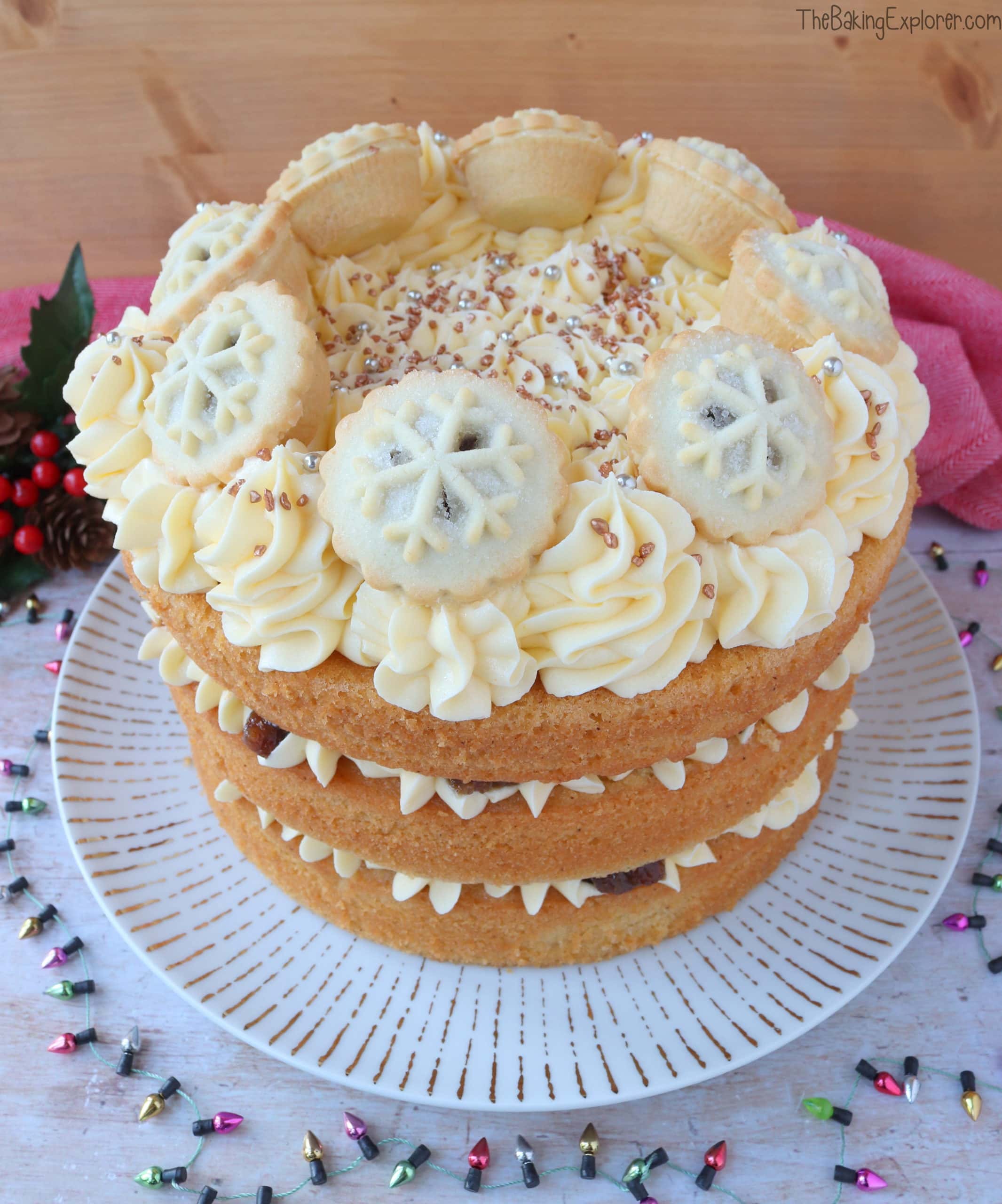 I am a huge fan of Mince Pies and I've made Mince Pie Cupcakes with Brandy Buttercream several times now around Christmas, and they always go down well. Of course the next step in my mind was to go bigger and make this Mince Pie Cake. It's made up of three layers of spiced sponge, a luxurious brandy infused buttercream, mince pie filling and mini mince pies on top! Calling all mince pie lovers - this is the cake for you!

How to make Mince Pie Cake... 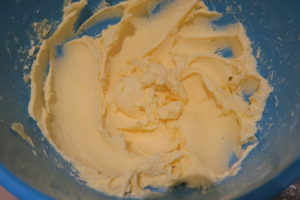 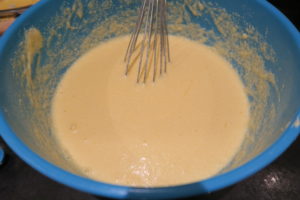 To make the sponge I first creamed together butter and caster sugar. I then added eggs and mixed in well. 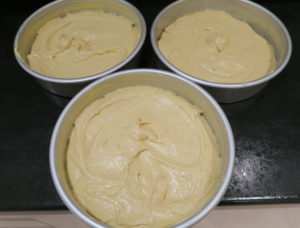 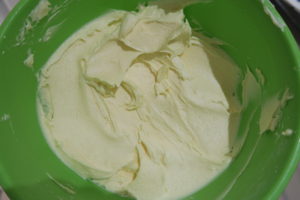 Then I folded in self raising flour and mixed spice, and divided the mixture into the tins. They baked for about 25 minutes until golden brown. I made the brandy buttercream using icing sugar, butter and brandy. 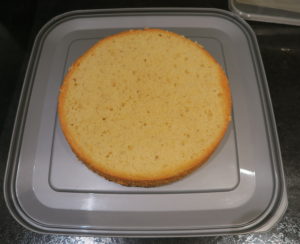 When the sponges were cool I levelled them off with a knife. 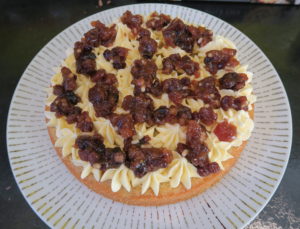 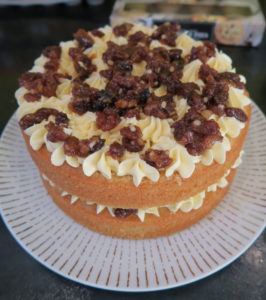 I started to stack the cake, piping buttercream on each layer and topping with a luxury mincemeat, laced with port and brandy, and packed with fruit. Of course you can use home made mincemeat if you have some. 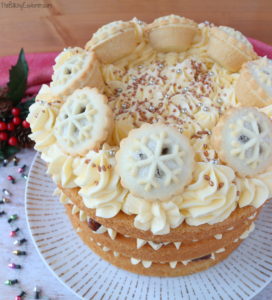 I piped buttercream rosettes on top and decorated with mini mince pies! I also added some sprinkles for extra festive fun! 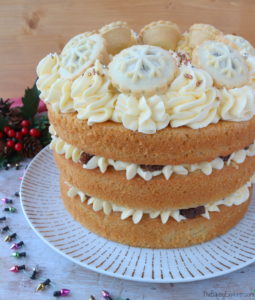 The Mince Pie Cake is definitely enough to feed a hungry family, or group of friends around Christmas time. 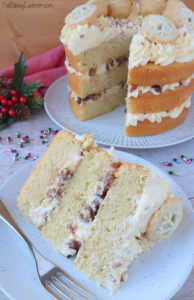 I had a lot of compliments on the Mince Pie Cake, and I was really pleased with it too. It's a fantastic Christmas treat! 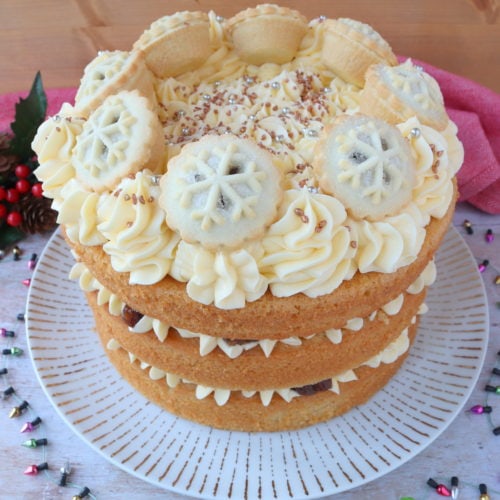