I adore mince pies at Christmas time, and as soon as I see them in the shops I buy a box! I've seen different versions of Mince Pie Cupcakes, from other bloggers and from recipe websites. Some have had the mincemeat mixed into the batter, and others in the centre of the cupcakes. So I knew I had to make my own version. I decided to put a luxury mincemeat laced with brandy and port in the centre of a spiced sponge, and lavish it with brandy buttercream. A delicious luxury Christmas treat!

How to make Mince Pie Cupcakes... 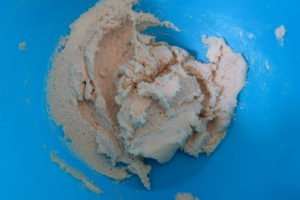 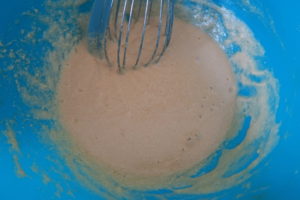 To make the sponge I creamed together butter and golden caster sugar. Then I add eggs and whisked in. 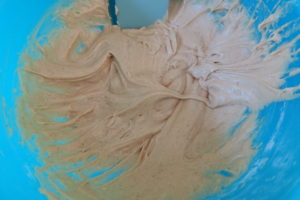 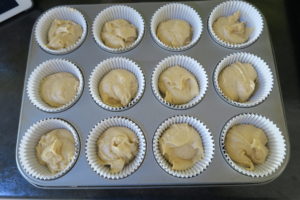 Next I mixed in self raising flour and mixed spice. Then I divided it between paper cases. 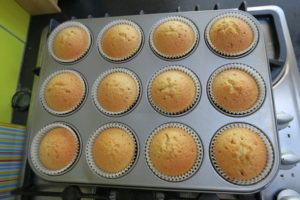 I baked them for 20 minutes, until they were golden brown. Then I left them to cool completely. 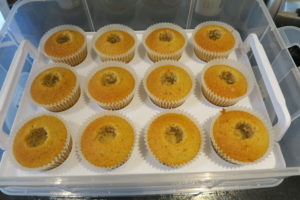 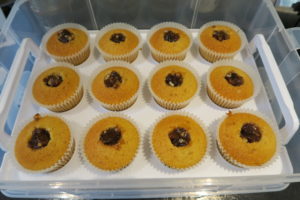 I cut out the centre from the cakes with a cupcake corer. And I filled them up with a luxury mincemeat that was laced with brandy and port. 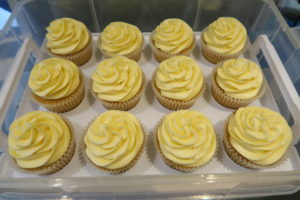 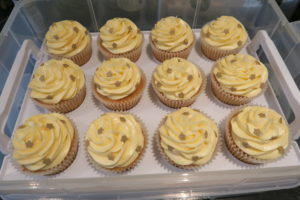 I made the buttercream by mixing icing sugar, butter and brandy together. Gosh it tasted good! Brandy is delicious stuff! Then I piped the icing onto the cupcakes, and added sprinkles and edible glitter too.

Any mince pie fan will adore these cupcakes and devour them quickly! They'd be perfect for a Christmas party or buffet.

For the buttercream & filling 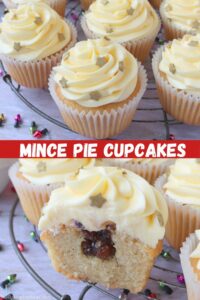