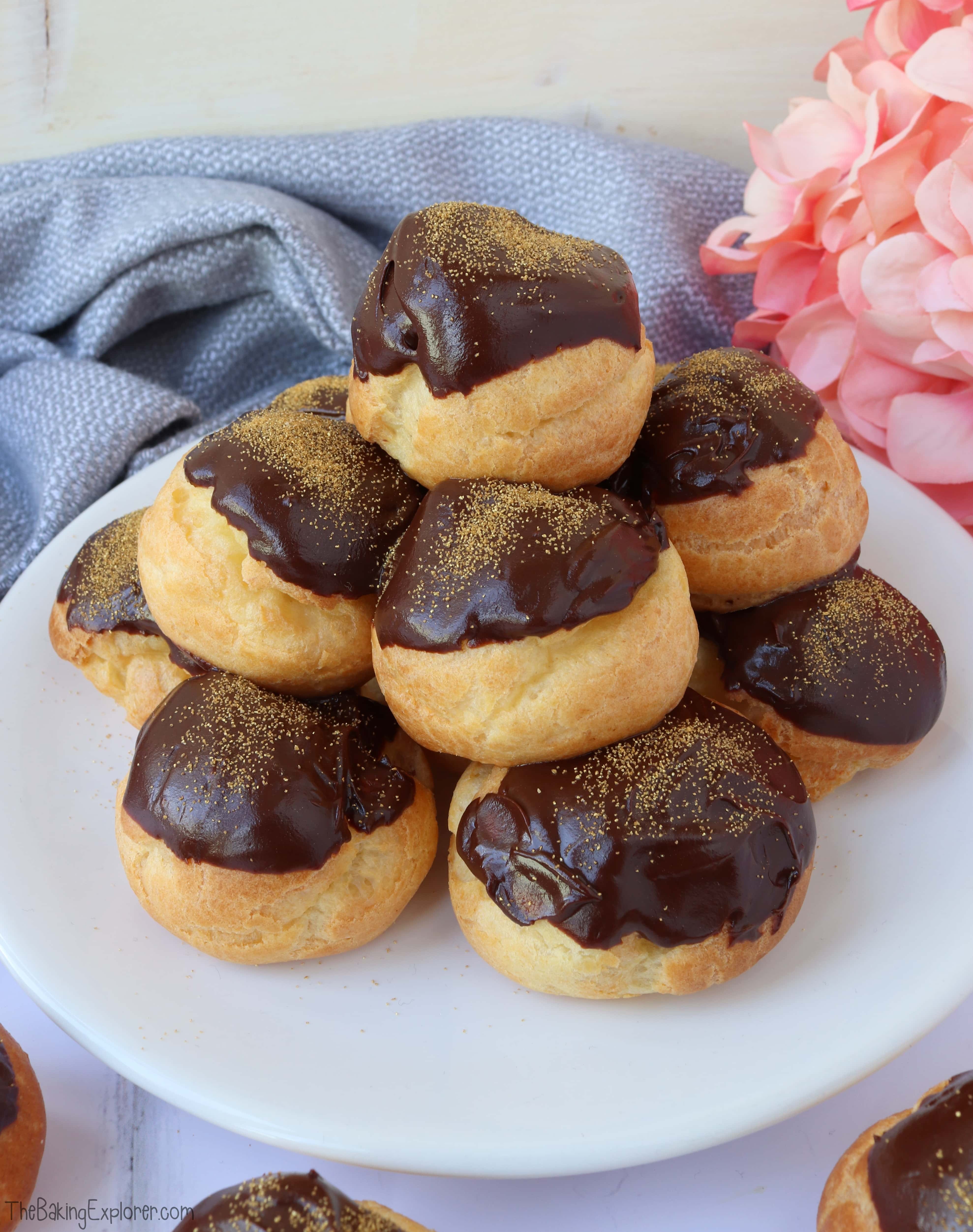 Profiteroles, also known as Cream Puffs, are lovely light balls of choux pastry filled with whipped cream and covered in a tempting chocolate sauce. Choux pastry is an unsual pastry as it goes against all the rules of other common pastries - it involves melting the butter, cooking the flour and creating a pipeable pastry mix. But when done right, it works beautifully and creates such perfect tasty treats!

How to make Profiteroles...

In a saucepan I melted butter into milk and water on a low heat. Then I brought it to the boil, took it off the heat and added flour, stirring it in quickly with a wooden spoon. I left it to cool, then used an electric mixer to mix eggs into the dough until it was smooth and glossy.

I piped blobs of the mixture onto a lined baking tray, then I wet my finger with some water to pat down the peaks.

They baked for 20 minutes until they puffed up and went golden. Using a piping bag and a nozzle with a sharp tip I piped whipped cream into each profiterole. Then I dipped each one into chocolate sauce.

Can profiteroles be made in advance?

Yes! Although profiteroles are best fresh, you can make the profiterole pastry shell, cool and store them in an airtight container for up to 2 days. They can also be frozen, once they've defrosted pop them back in the oven for 5-10 minutes to crisp up again.

What is the best way to fill the profiteroles?

Use a piping bag fitted with a thin sharp ended nozzle to break through the base of the pastry and then squeeze in the filling until you feel resistance. You can get special cupcake and donut filler nozzles, or I like to use a leaf nozzle which has a sharp 'V' shape at the tip. You can also use a thin round nozzle as well.

What else can you fill profiteroles with? 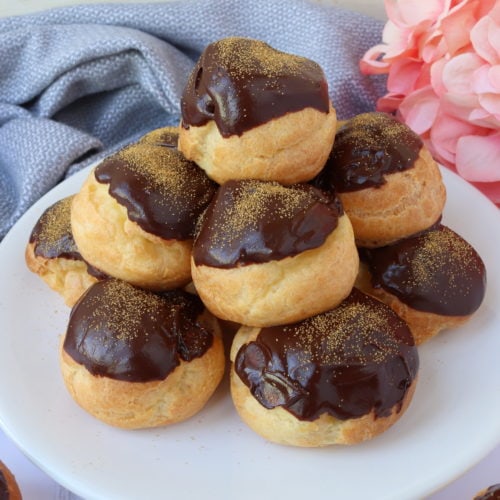 For the choux pastry

Pin it for later