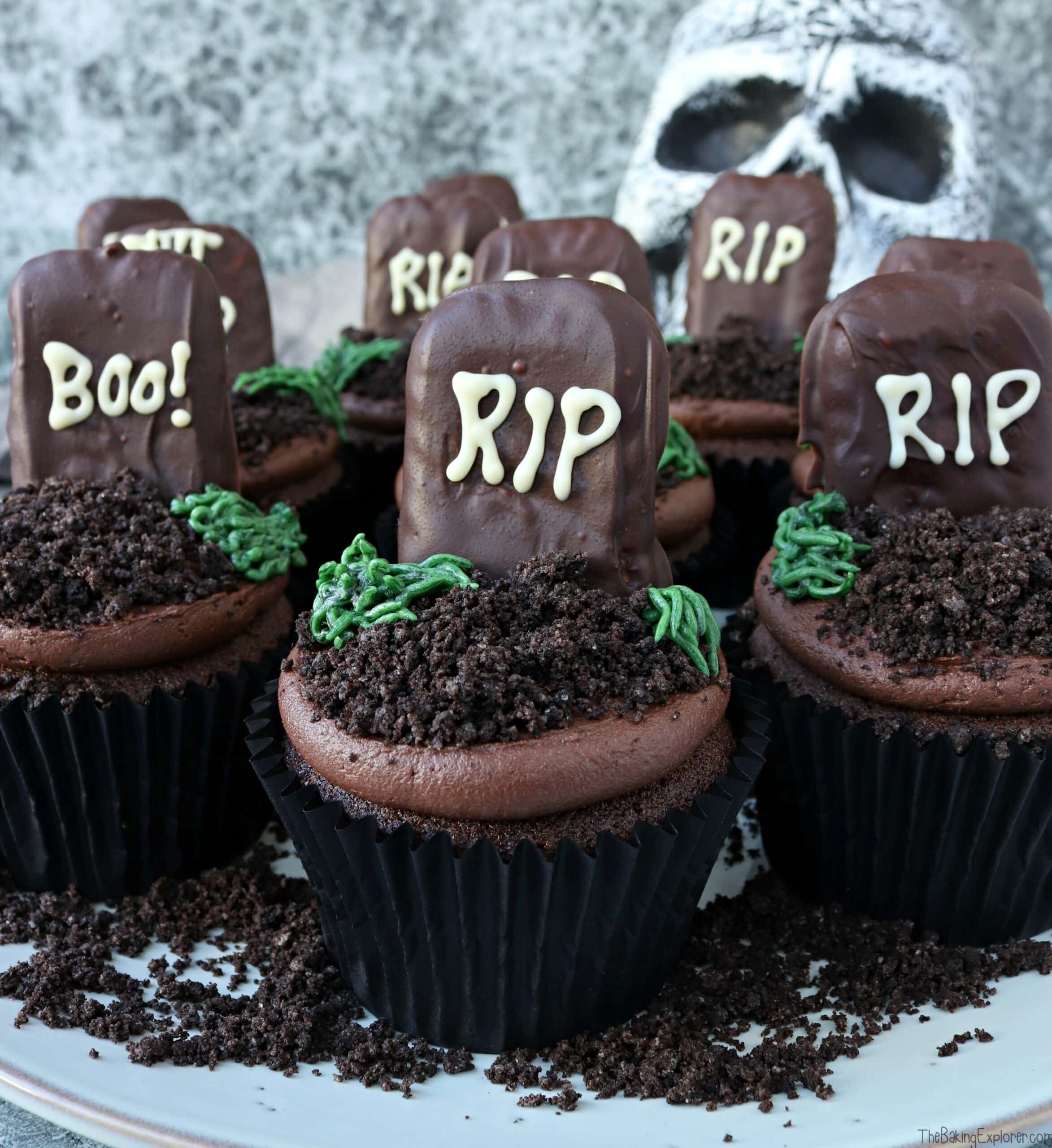 One of my favourite things about baking, and creating new recipes, is how fun it can be! These Halloween Graveyard Cupcakes are made for the spookiest holiday, but they're also so fun, both to make and eat!

Kids will absolutely love making these cupcakes as there are so many elements to get involved in! And everyone will love tucking in to the final result!

How to make Halloween Graveyard Cupcakes...

To start, I made the tombstones using Lotus Biscoff biscuits. I snapped about one third of the biscuit off the end, then dipped the rest in melted dark chocolate. I placed them on some baking paper to set. Then using white melted chocolate, I piped on the letters.

To make the cupcakes I mixed together butter and sugar, whisked in eggs and milk, then whisked in cocoa powder and self raising flour. I divided the mixture between cupcake cases and baked them for 20 minutes, then left to cool.

Using a cupcake corer, I made a hole in the centre of each cupcake, then filled the centre with oreo cheesecake mixture.

I assembled the cupcakes by piping the buttercream onto the sponge. I smoothed it out using a palette knife.

Then I pushed the biscuit tombstones into the buttercream, added oreo crumbs and piped on some green buttercream using a grass nozzle. 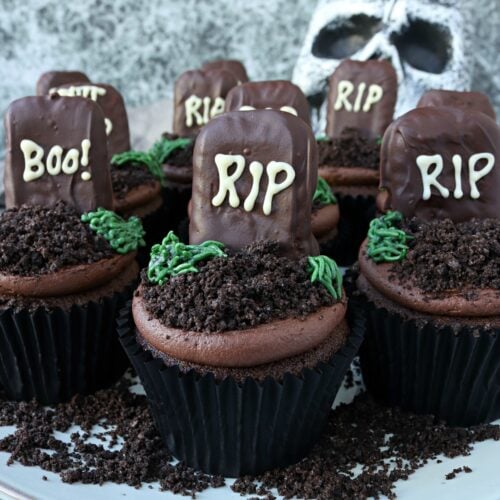 For the biscuit graves

For the oreo cheesecake filling

For the green grass buttercream

For the oreo soil

I'm linking this recipe up with Cook Blog Share hosted by Lost In Food.