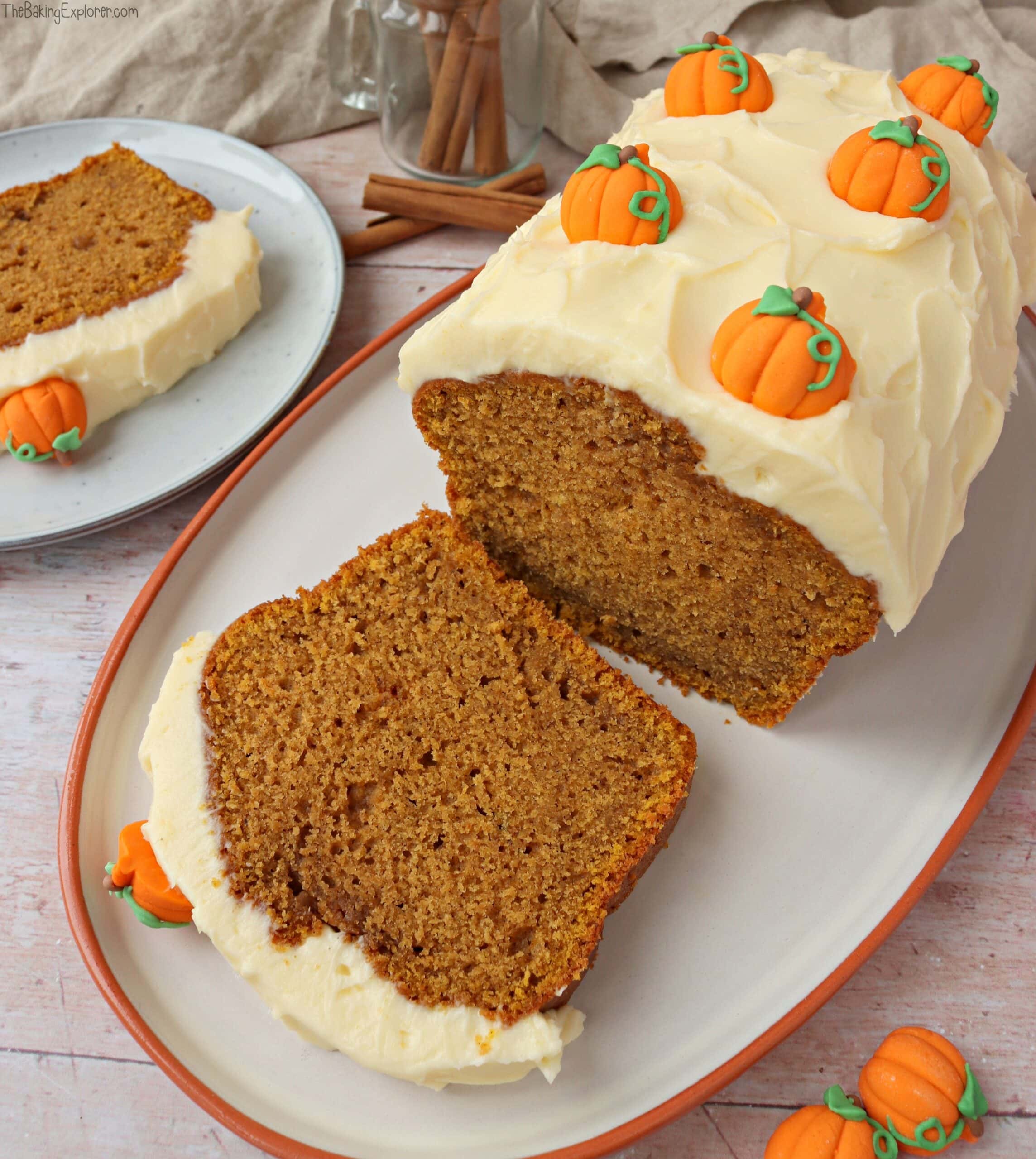 I'd absolutely love to devour a chunky slice of this Pumpkin Loaf Cake any time of year, but it feels especially enjoyable in autumn and winter. This deliciously moist and flavoursome cake is packed with spices like cinnamon, ginger and nutmeg. We don't have pumpkin pie spice in the UK, but it's easily created with the right mix of spices. As is pumpkin puree, you can find details on that further along in this post. Slathered on top of this easy Pumpkin Loaf Cake is a thick cream cheese frosting, that to be honest is lucky to make it on top of the cake as I could just eat it with a spoon!

How to make a Pumpkin Loaf Cake...

To make the cake I mixed together the oil and sugar, then added the eggs and pumpkin puree and whisked well.

Then I whisked in the self raising flour, bicarbonate of soda and spices. I used cinnamon, mixed spice, ginger and nutmeg. Then I poured the mixture into a lined 2lb loaf tin.

I baked the cake for an hour, then let it cool fully, and I made a cream cheese frosting to go on top.

I've found tins of pumpkin puree in the American food section of large supermarkets like Tesco and Sainsburys. I have also heard that Waitrose stock it. It's sometimes available all year round, or sometimes only from September until December. It really does depend on the supermarket with this. Keep asking your local store, you may just bug them enough to get them to stock it! You can also buy it online, I have purchased it from Amazon before, and Sous Chef also sell it. It will be a little bit more pricey, but I've found good deals by buying several cans at once (it lasts over a year usually). 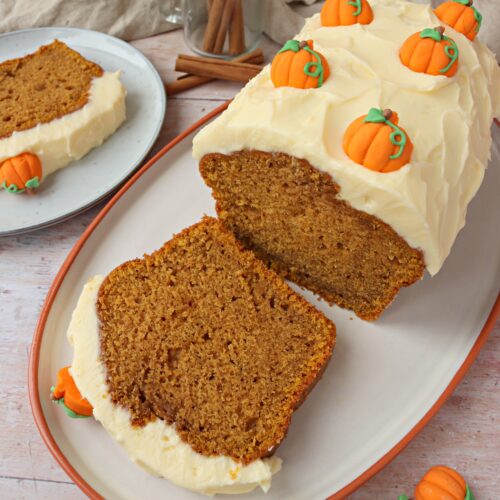 For the loaf cake

For the cream cheese frosting

If you like this, check out more of my Loaf Cake recipes!

I'm linking this recipe up with Cook Blog Share hosted by Apply To Face Blog.