Why decide between two desserts when you can combine them? This apple crumble cheesecake has all the delicious flavours and textures of both an apple crumble, and a cheesecake! The biscuit base, crumble and apples are all laced with cinnamon and spices, making this dessert ideal for Autumn. The apples are a perfect balance of tart and sweet, the crumble and biscuit base provide crunchy texture and the cheesecake base is so creamy and light. It's also really easy to make! The cheesecake is no bake, the apples just get chucked in a pan and left to soften, and the crumble only needs to go in the oven for under 10 minutes. The only hard part is waiting for everything to cool and set, but trust me, it's worth the wait!

I started by making the apple topping as it takes a while to cook down, and then needs to fully cool. I put them in a pan along with the cinnamon, mixed spice, light brown sugar and maple syrup. On a low heat I let it simmer for around 25 minutes, until about a third of the apple pieces had gone mushy, and the rest were fully soft but still intact. I let it cool completely, then put it in the fridge to chill. 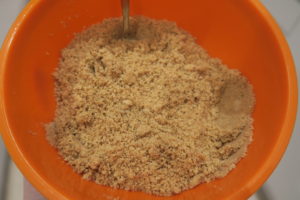 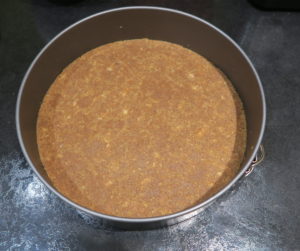 To make the base I used my food processor to whizz up the digestive biscuits into crumbs. I stirred in the cinnamon, added the melted butter and mixed it all together. I pressed it into the bottom of a 23cm springform tin, then put it in the fridge. 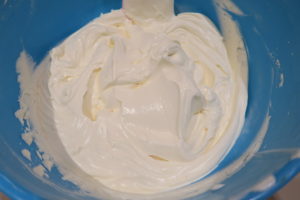 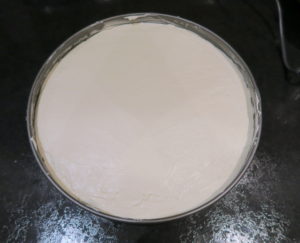 To make the cheesecake filling I used my electric hand whisk to mix together the full fat cream cheese and icing sugar until smooth with no lumps. I added the vanilla and the double cream, and whisked it until it was thick. I poured it into the tin and smoothed the top so it was level. Then I put it in the fridge overnight to set.

The next day I made the crumble topping by mixing the ingredients together then spreading it out onto a baking tray and baking for around 7 minutes, I bashed it up so it wasn't in big chunks, then let it cool completely. To assemble the apple crumble cheesecake I removed it from the tin, then I used a butter knife to smooth it all around the edges. I piled the apple mixture on top, then covered it with the crumble, then finished it with a sprinkling of icing sugar.

For the apple topping