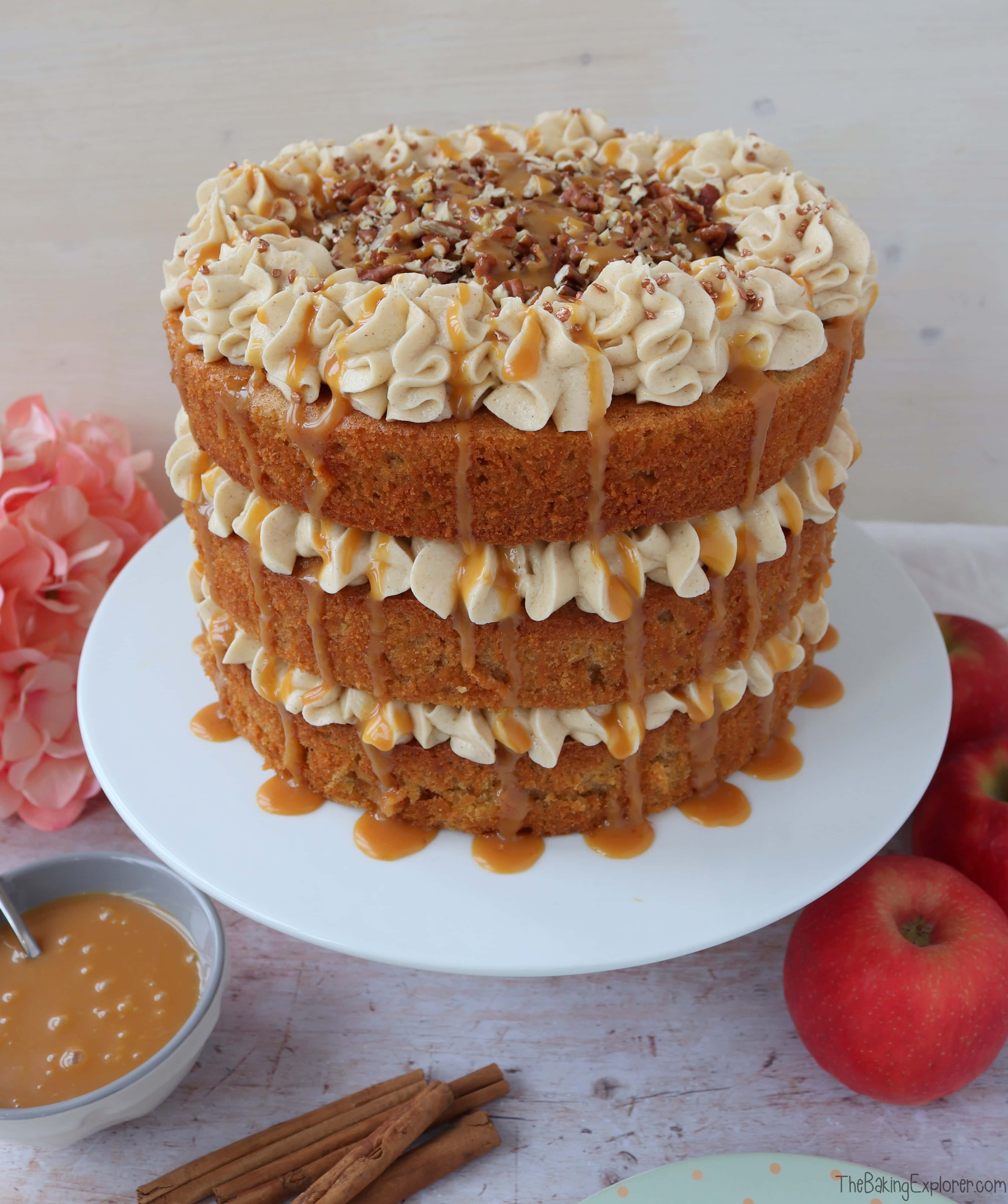 When I think of Autumn and Winter food, apple and cinnamon is a combination that automatically comes to mind. They evoke feelings of being cosy and warm - which is very much needed at this time of year! I've made this Apple Cinnamon Cake with a moist apple sponge, a cinnamon buttercream and lashings of salted caramel sauce. It's a winter warmer in a cake! 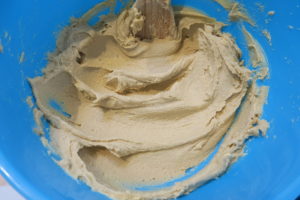 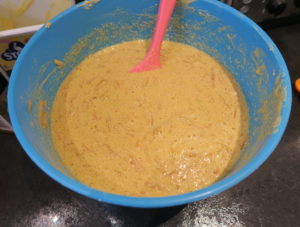 To make the sponge I started by creaming the butter and sugar together. I added eggs, and whisked well. 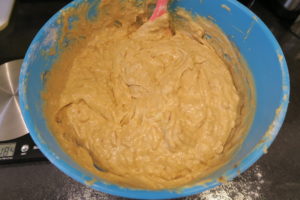 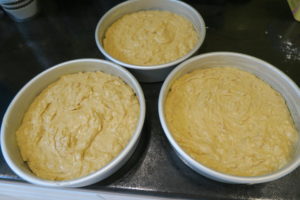 Then I mixed in self raising flour, grated apple and some cinnamon. 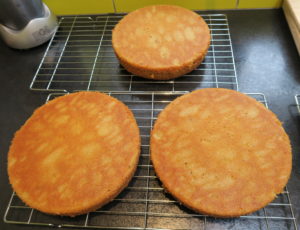 I divided the mixture between three 8" tins and baked for 35 minutes until golden. To make the buttercream I mixed together butter, icing sugar, cinnamon and vanilla until smooth. 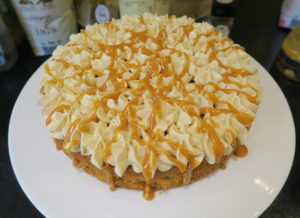 Then I started stacking up the sponges, I piped buttercream and drizzled caramel sauce between each layer. 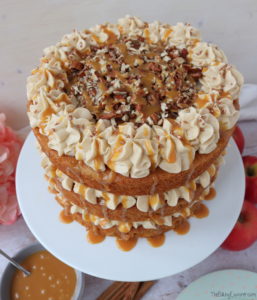 I finished the Apple Cinnamon Cake with more cinnamon buttercream on top, more salted caramel sauce and some chopped pecans to finish.

What caramel sauce should I use?

My favourite caramel sauce to use is my Homemade Caramel Sauce, it's rich, smooth and absolutely divine! You can also easily add salt to it to make it into a salted caramel sauce. If you don't want to make your own, it's quite easy nowadays to find a good quality ready made caramel (or salted caramel) sauce in the shops or online. I have used Tesco's Finest, Bonn Maman and Carnation Caramel in the past with great results. 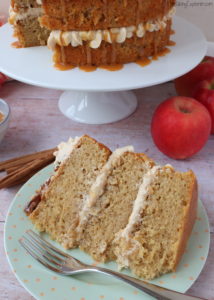 The Apple Cinnamon Cake was absolutely divine and so full of cinnamon flavour! 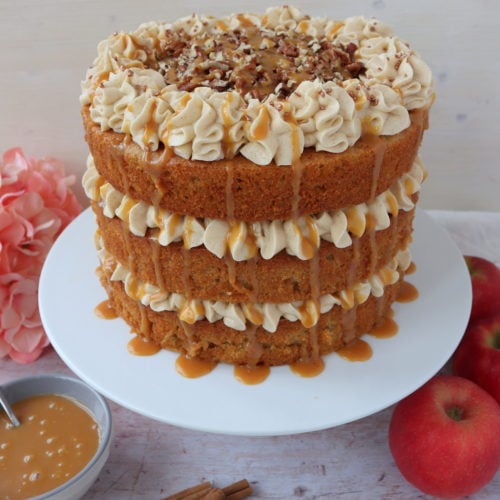 If you need a caramel sauce recipe, try my Homemade Caramel Sauce.

I'm linking this recipe up with Cook Blog Share hosted by Recipes Made Easy, Baking Crumbs hosted by Jo's Kitchen Larder, and Fiesta Fridays hosted by Of Goats & Greens and Apply To Face Blog.