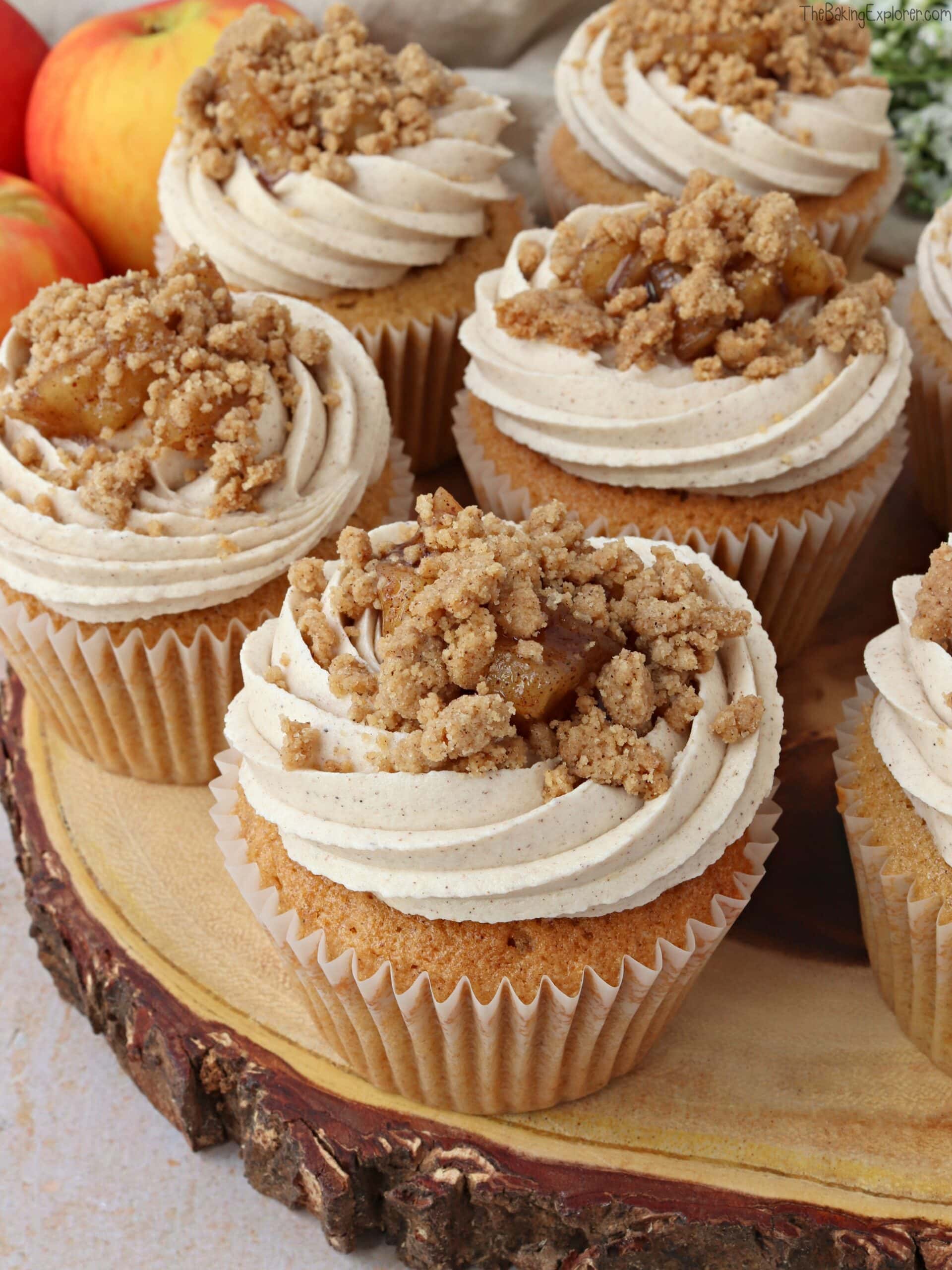 As soon as Autumn hits, I have apple crumble on my mind! These Apple Crumble Cupcakes are inspired by one of my favourite cold weather desserts. I would totally eat them on a summer's day too, but they are really perfect for the cooler months. The cupcake sponge is made with brown sugar and cinnamon, they're filled with spiced stewed apples, topped with sweet cinnamon buttercream, more delicious stewed apples, and filling a crunchy crumble topping! Trust me, the extra elements of the filling and crumble topping are SO worth it because these cupcakes taste incredible once everything comes together! 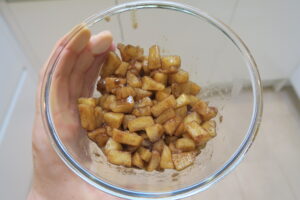 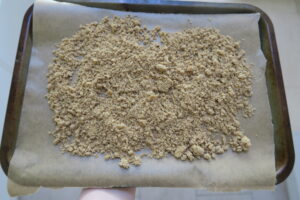 I made the stewed apples and crumble topping first so that they could cool down. 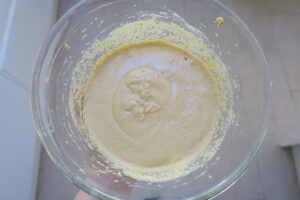 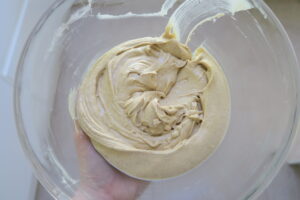 For the cupcke sponge I mixed together light brown sugar, butter and eggs, then added spices and self raising flour. 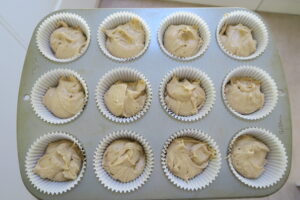 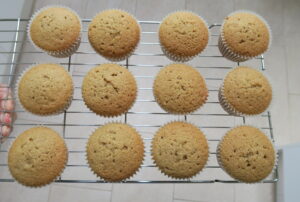 I divided the batter into cupcake cases and baked them until beautifully golden. 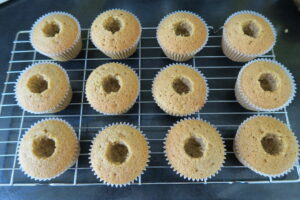 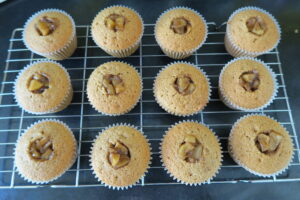 Using a cupcake corer, I made a hole in each cupcake and filled them with some of the spiced stewed apple. 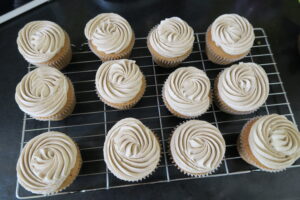 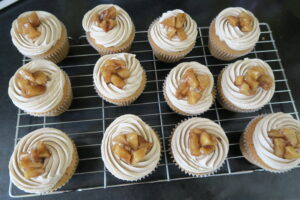 I topped the cupcakes with the sweet cinnamon buttercream, then added more stewed apples, and finally sprinkled over the crumble topping. 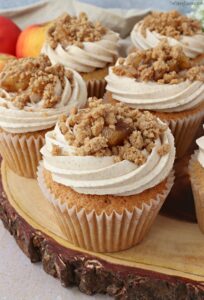 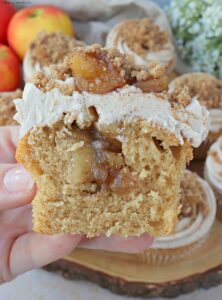 I used Jazz apples but any sweet eating apples should work fine! 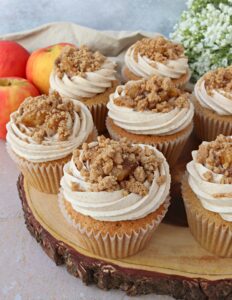 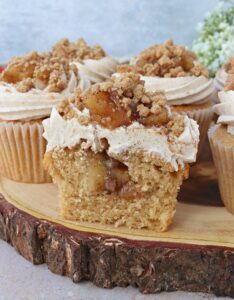 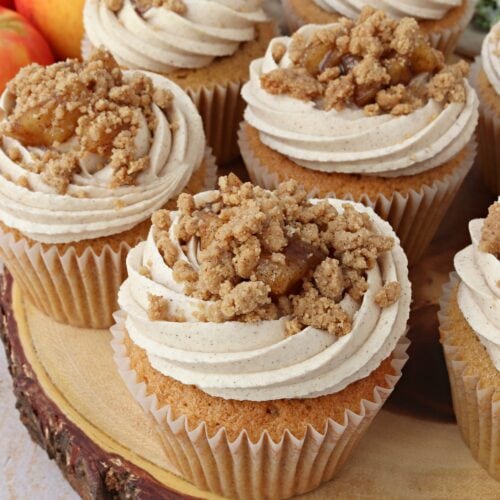 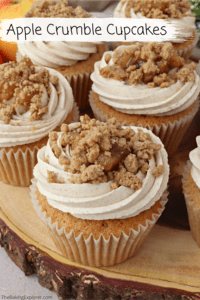 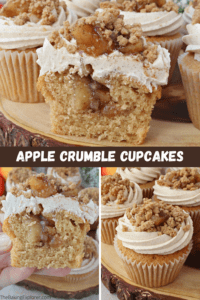 I'm linking this recipe up with Cook Blog Share hosted by Apply To Face Blog.