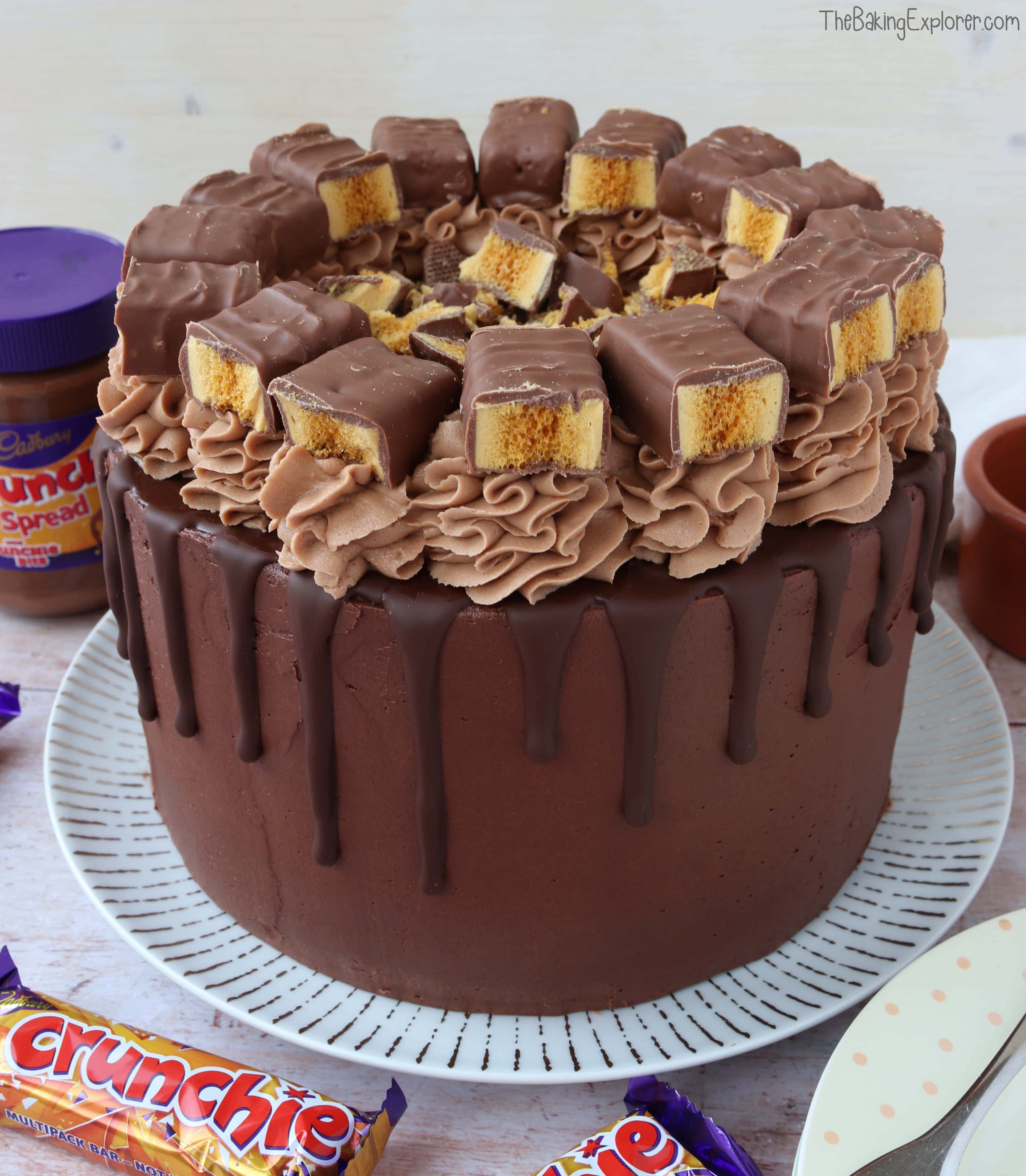 I first made this cake about 8 months ago for my sister's friends birthday. She wanted a Crunchie themed cake so I created this celebration worthy Crunchie Drip Cake! I didn't have the time back then to take photos of it and share the recipe with you, but I've finally got round to re-making it and here it is!

How to make a Crunchie Drip Cake... 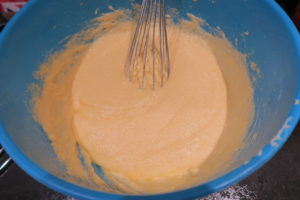 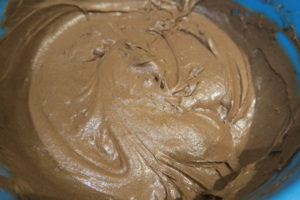 I started by making the chocolate sponges by creaming together butter and sugar, then whisking in eggs and milk. I added self raising flour, cocoa powder and baking powder. 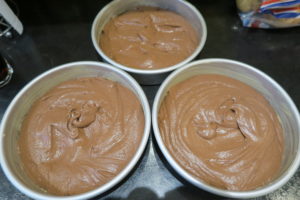 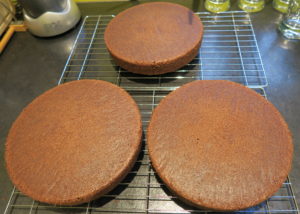 Then I divided the mixture evenly between three lined and greased 8″ cake tins. I baked them for 25 minutes, and left them to cool. 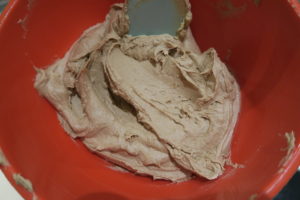 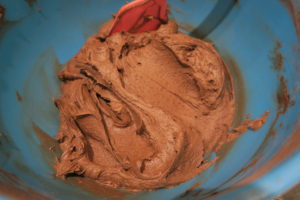 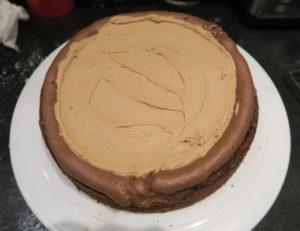 To stack and decorate the cake I levelled off each sponge with a cake leveller so they were all an even height, Then I placed the bottom chocolate sponge on a turn table, I piped chocolate buttercream around the edge and filled the middle with Crunchie buttercream. I did the same with the next sponge. 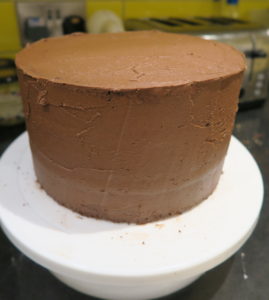 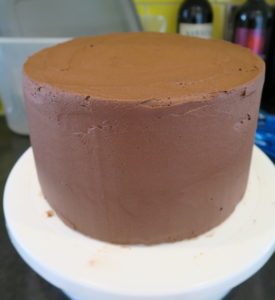 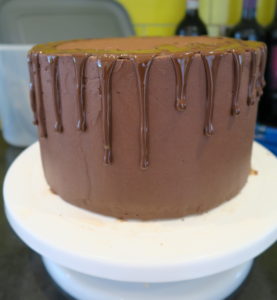 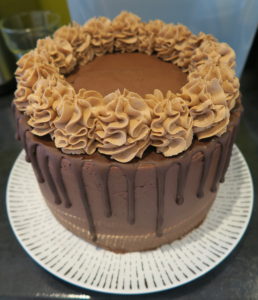 I added the chocolate drip, and piped Crunchie buttercream all around the cake in rosettes. 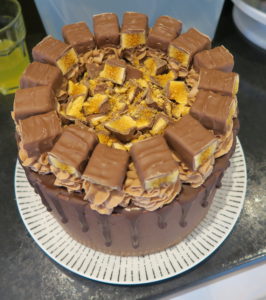 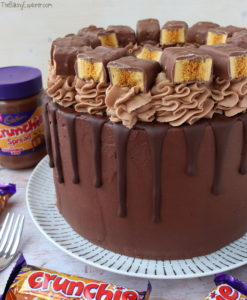 It's really important to have a good base for the chocolate drip, so the cake needs a 'crumb coat' then a top layer of buttercream. Try and get it as smooth as you can so the chocolate drip has a nice even surface to drip down. Each layer of buttercream needs to firm up in the fridge and be chilled when you apply the chocolate drip. Be frugal with the drip amounts at first and see how far it drips, then you can reduce or increase the amount of chocolate you release from the piping bag or squeeze bottle as you move around the cake. For all the information, including a tutorial video and step by step instructions with photos, check out my Ultimate Drip Cake How To Guide! 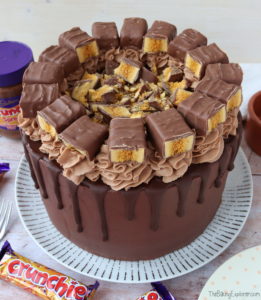 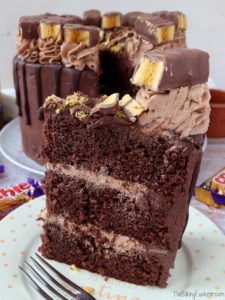 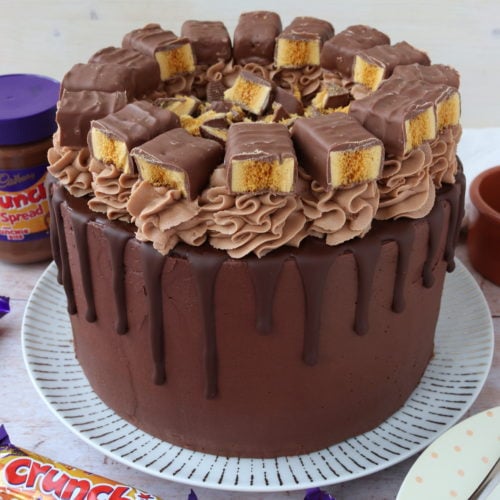 For the Crunchie buttercream

For a chocolate ganache drip

OR for cheat's chocolate drip 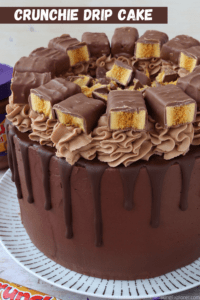 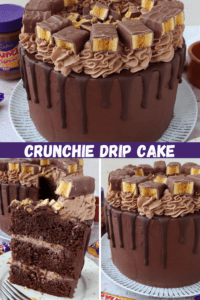 I'm linking this recipe up with Cook Blog Share hosted by Casa Costello, and Fiesta Fridays hosted by Frugal Hausfrau and Of Goats And Greens.