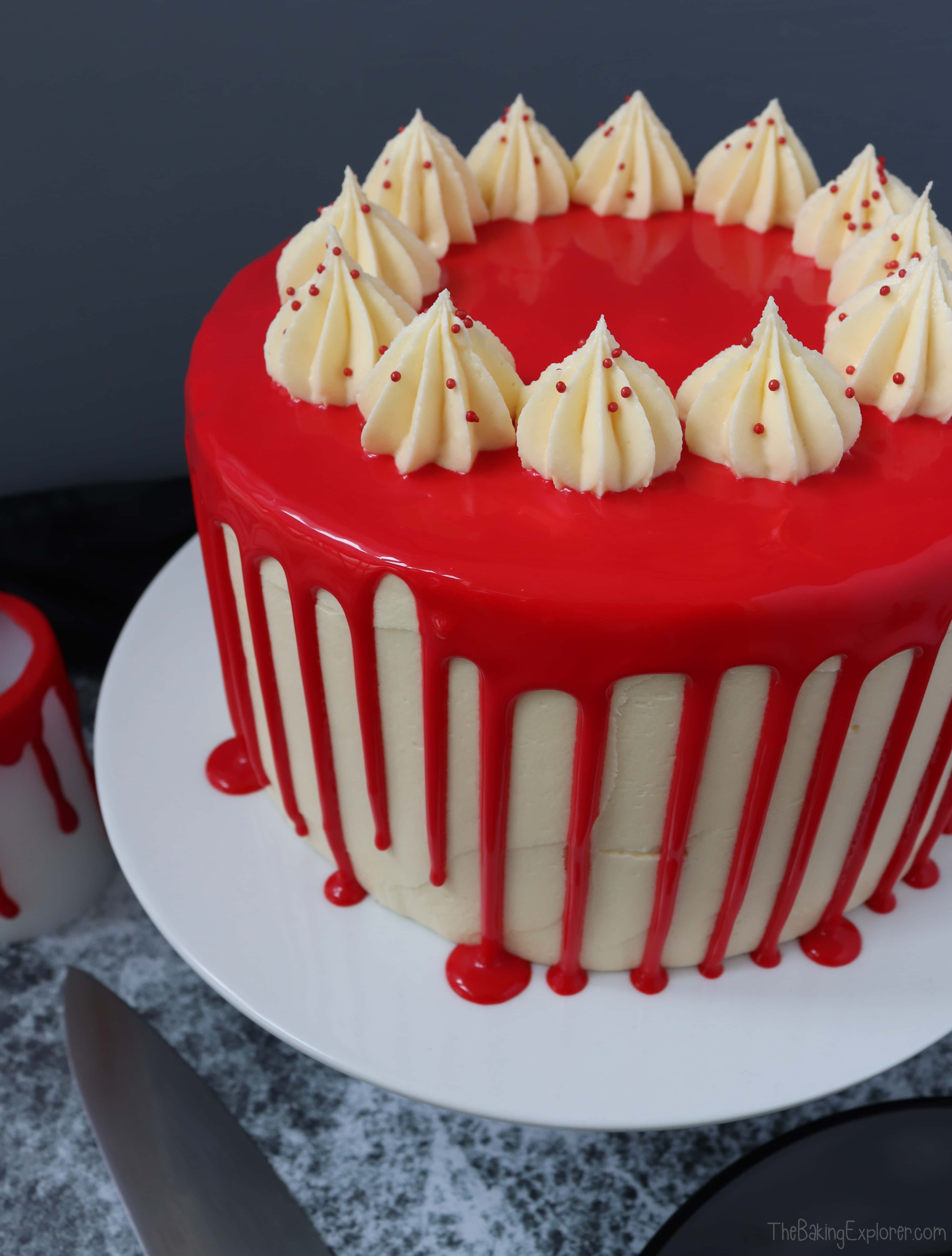 Whilst you can enjoy red velvet cakes anytime of year I do think they lend themselves particularly well to Halloween with their bright red centres. This Halloween Red Velvet Drip Cake is made with three gloriously scarlet sponges, filled with red fruit jam, covered in sweet vanilla buttercream and dripping in a blood red white chocolate ganache for that spooky factor! It would make a great centrepiece for a Halloween party, try displaying it with a plastic knife stabbed in the centre! Or if it's not the time of year to scare your guests then omit the ganache and serve a pretty red velvet cake instead.

How to make a Red Velvet Drip Cake... 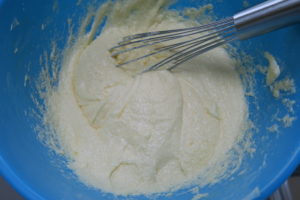 To make the sponge I started by creaming the butter and sugar together, then whisking in the eggs and buttermilk. 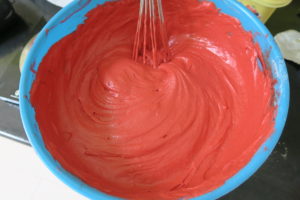 Then I added the flour, cocoa powder and red food colouring and whisked until combined. 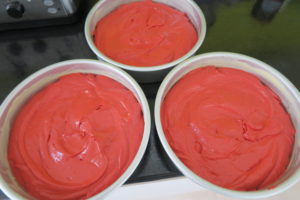 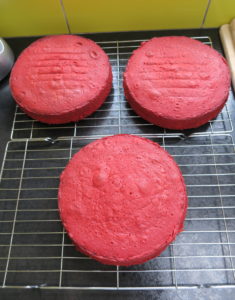 I divided the mixture equally between my cake tins and baked them for 25 - 30 minutes. Then I left them to cool completely. 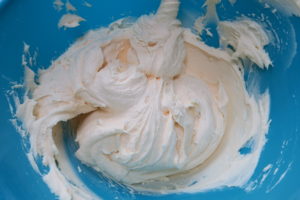 Next I made the buttercream by mixing the butter, icing sugar and vanilla together until smooth. 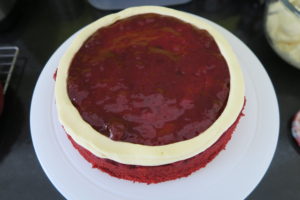 I layered up the cakes, first piping a ring of buttercream around the edge, and then filling the middle with jam. 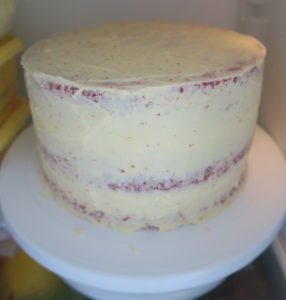 Once they were stacked up I gave the whole cake a crumb coat and put it in the fridge to firm up. 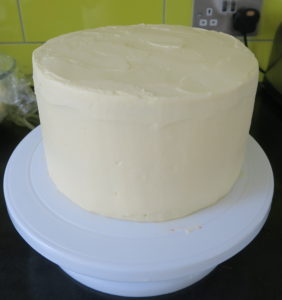 Then I gave the cake a final coat of buttercream, and put it back in the fridge. 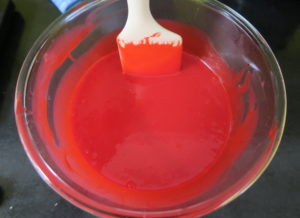 I made a white chocolate ganache that I coloured red with food colouring. 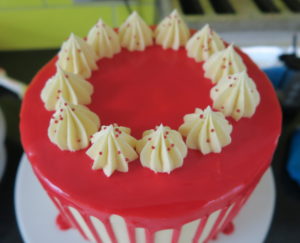 After I'd covered the cake with the ganache and let it drip down the sides, I added some extra buttercream around the top and some red sprinkles. 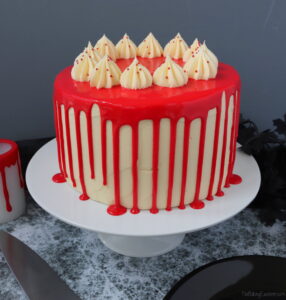 I thought the Halloween Red Velvet Drip Cake looked perfectly creepy with the blood red ganache dripping down the sides! It could also take on a prettier effect at another time of year! 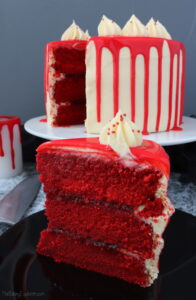 Despite it's creepy appearance, the Halloween Red Velvet Cake was delicious and my friends and family were impressed by both the look and taste of the cake. And the dripping 'blood' didn't put anyone off!

It's really important to have a good base for the chocolate drip, so the cake needs a 'crumb coat' then a top layer of buttercream. Try and get it as smooth as you can so the chocolate drip has a nice even surface to drip down. Each layer of buttercream needs to firm up in the fridge and be chilled when you apply the chocolate drip. Be frugal with the drip amounts at first and see how far it drips, then you can reduce or increase the amount of chocolate you release from the piping bag or squeeze bottle as you move around the cake. For all the information, including a tutorial video and step by step instructions with photos, check out my Ultimate Drip Cake How To Guide! 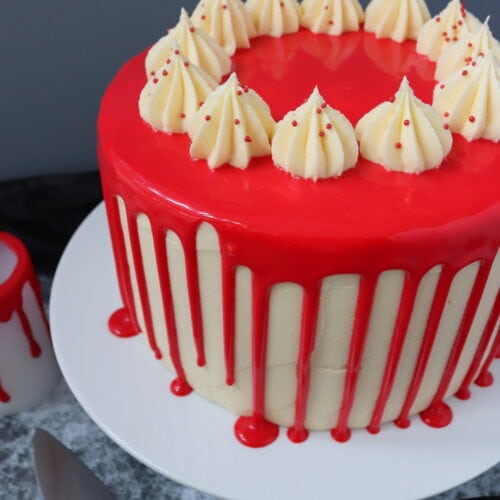 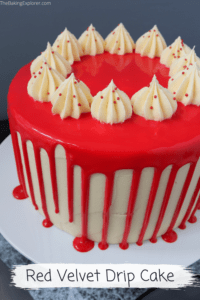 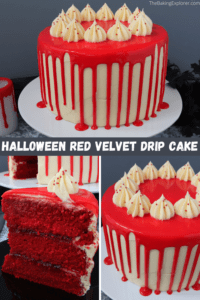