Pumpkin spice is slowly gaining popularity in the UK, but there’s still definitely people that aren’t aware of how delicious pumpkin and pumpkin spice is in baked goods. Or no-baked in the case of this Pumpkin Pie Cheesecake! Most people in the UK think pumpkin is a savoury ingredient, but it’s wonderfully versatile and works so well in sweet recipes too. If you like pumpkin pie you will love this beautifully light and creamy cheesecake. There is pumpkin puree mixed into the cheesecake filling and it’s flavoured with cinnamon, nutmeg, ginger and allspice. This Pumpkin Pie Cheesecake absolutely screams Autumn, it’s easy to make and tastes absolutely delicious. It’s quite a large cheesecake, it completely filled my tin right to the brim! So you could reduce the recipe if you don’t want it that big, but really, why wouldn’t you?!

How to make a Pumpkin Pie Cheesecake…

To make the base I used my food processor to whizz up the biscuits until they turned into crumbs. I added the cinnamon and melted butter and mixed them in, then I pressed the mixture into the bottom of a 23cm springform tin and put it in the fridge to chill.

Then I moved onto preparing the filling. I used my electric hand whisk to mix together the cream cheese, pumpkin puree, icing sugar, vanilla and pumpkin spice mix until it was smooth with no lumps.

Then I added the double cream and whisked more until the mixture thickened considerably. I tipped the cheesecake mixture on top of the base and smoothed it over. Then it went back into the fridge to set overnight.

The next day I decorated it. First I melted the white chocolate and drizzled it all over the top. Next I whipped up some cream with icing sugar and vanilla and piped it around the edges. Then I sprinkled orange hundreds and thousands, and pumpkin shaped sprinkles in the centre. I also made some pastry leaves to decorate the Pumpkin Pie Cheesecake, which I brushed with edible glitter and placed all around the edge. Of course, you can decorate the cheesecake any way you like!

Those not in the know on the deliciousness of pumpkin were in awe of how tasty this cheesecake was! They loved how creamy it was, and how it was full of pumpkin pie flavour – and so did I! The sweet white chocolate drizzled on top was perfect against the velvety filling and the pastry leaves were an extra crunchy treat.

I’ve found tins of pumpkin puree in the American food section of large supermarkets like Tesco and Sainsburys. I have also heard that Waitrose stock it. It’s sometimes available all year round, or sometimes only from September until December. It really does depend on the supermarket with this. Keep asking your local store, you may just bug them enough to get them to stock it! You can also buy it online, I have purchased it from Amazon before, and Sous Chef also sell it. It will be a little bit more pricey, but I’ve found good deals by buying several cans at once (it lasts over a year usually).

This Pumpkin Pie Cheesecake would make an awesome centrepiece for Thanksgiving, Halloween or a family meal during Autumn. It will certainly feed a crowd and is sure to impress!

Creamy cheesecake made with pumpkin puree and pumpkin pie spice

For the pastry leaves 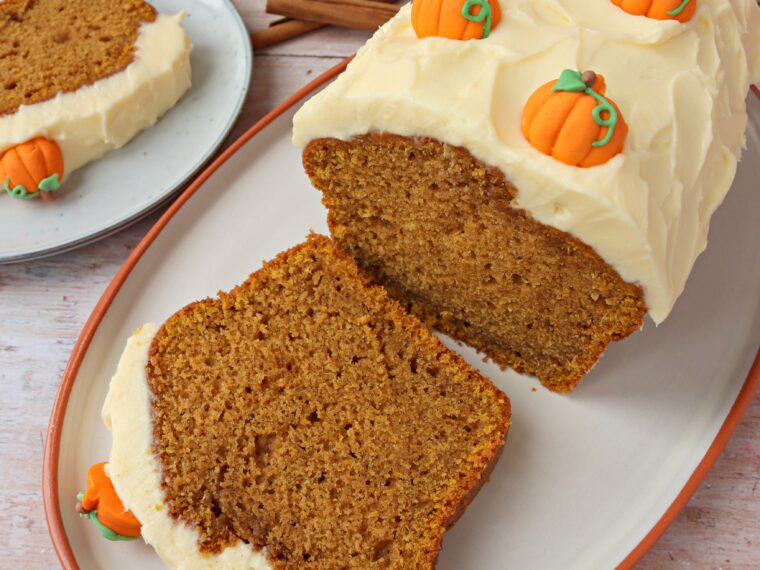 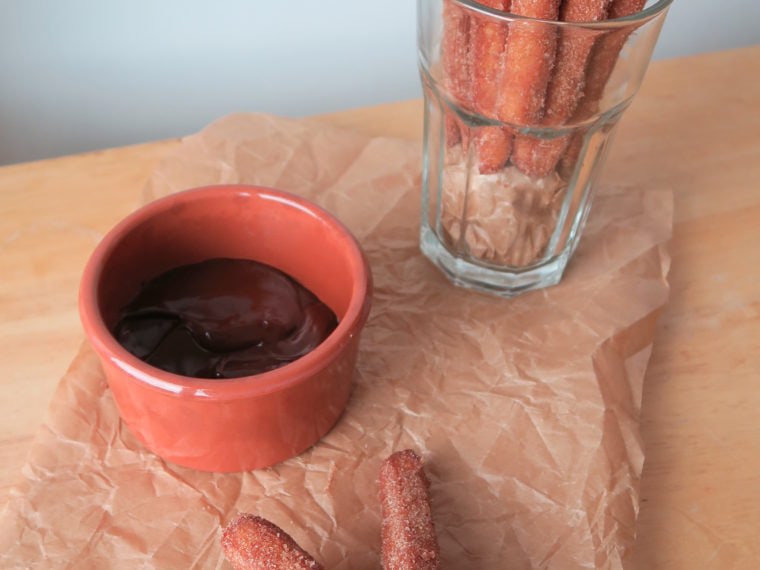 This delicious No Bake Golden Oreo Cheesecake had

This Red Velvet Drip Cake is a showstopping cake f

ad **ANNOUNCEMENT!** I was very excited a few year

This Pumpkin Loaf Cake is new on my blog and it's

I recently updated my Homemade Bagels recipe and I

One of my latest recipes is this No Bake Chocolate