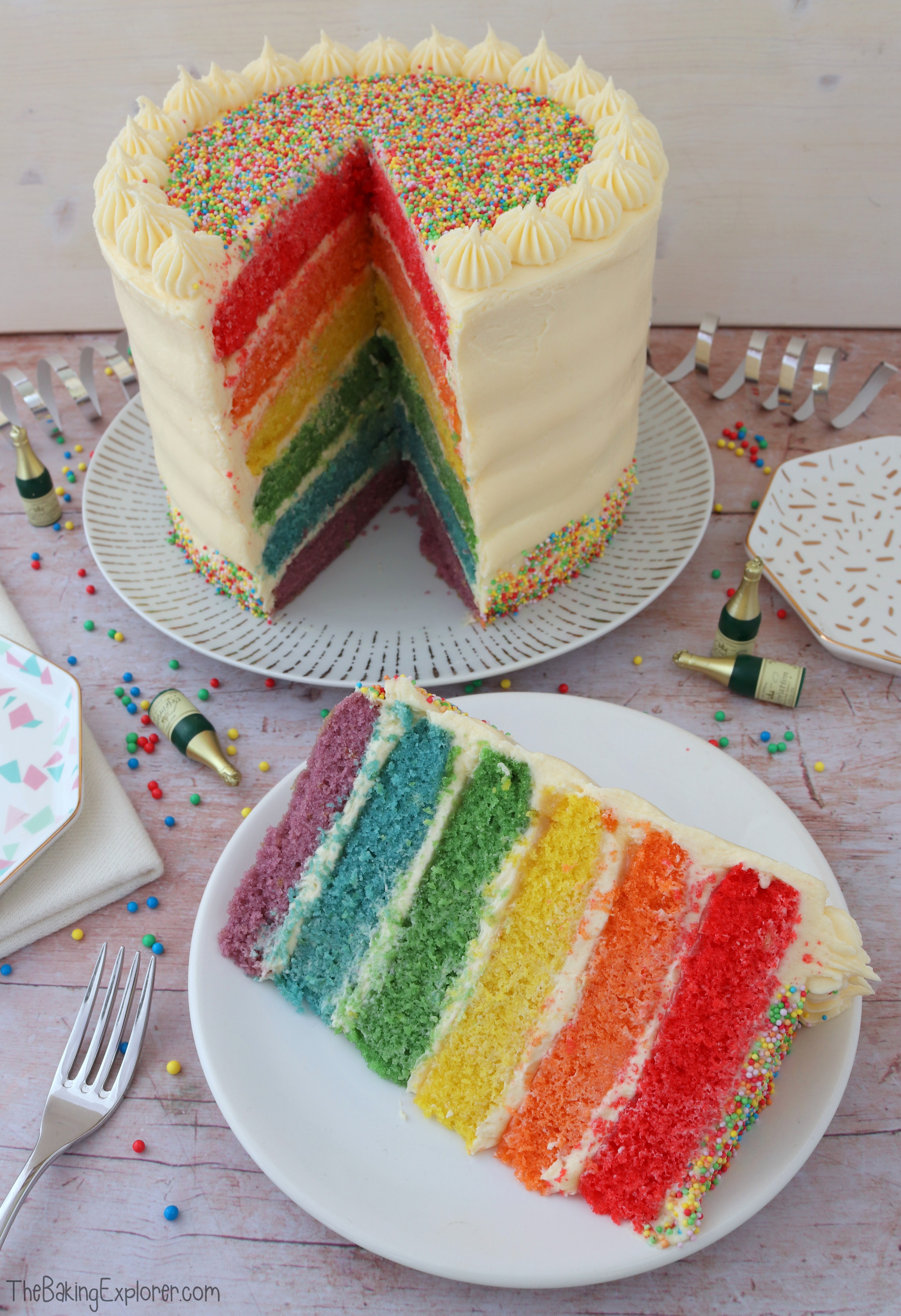 I have always wanted to make a Rainbow Cake and I decided that my birthday this year was the perfect occasion! Instead of vanilla flavour, I went for a Lemon Rainbow Cake because it's such a large cake I thought it would be too sweet to do the whole thing vanilla. The lemon zest in the sponge and the lemon curd between each layer cut perfectly through the sweetness so it's not overwhelmingly sweet to enjoy a slice of this Lemon Rainbow Cake. Of course if vanilla is your thing, then you can easily make this cake a vanilla Rainbow Cake too!

How to make Lemon Rainbow Cake...

I own three 8" cake tins so I did three layers of the cake at a time, I started by creaming the butter and sugar together with the lemon zest. 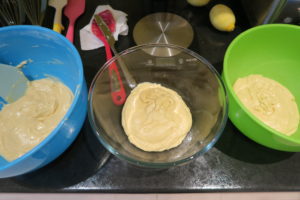 Then I added the eggs and self raising flour, and split the mixture between three bowls. 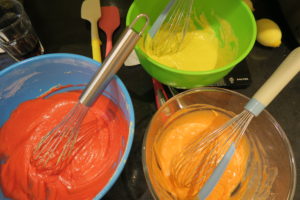 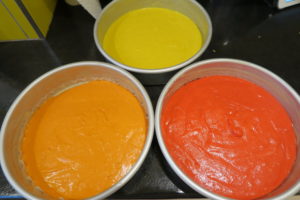 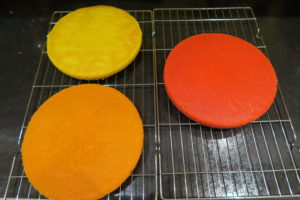 I mixed in the food colouring, divided the mixture between the tins, then baked them. 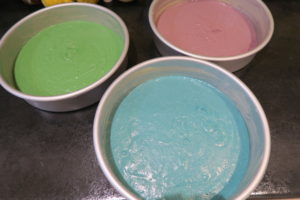 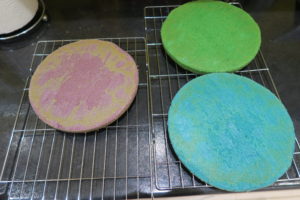 After washing the tins, I did the same again for the other three colours. 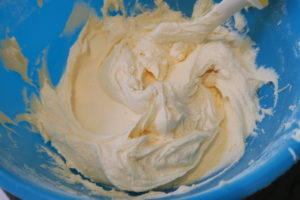 To make the buttercream I mixed together the butter, icing sugar and some vanilla extract. 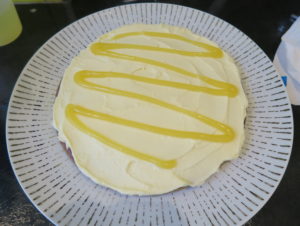 Between each layer I spread a thin layer of buttercream, then drizzled some lemon curd over the top. 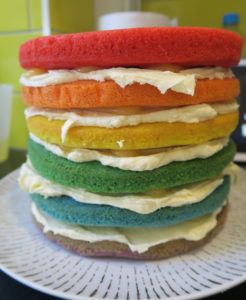 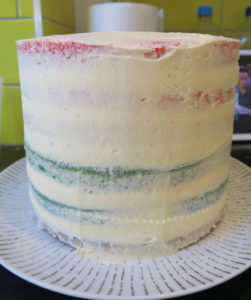 Once the sponges were all stacked and filled with buttercream and lemon curd, I covered the whole cake in a thin crumb coat of buttercream. It then went in the fridge for an hour to firm up. 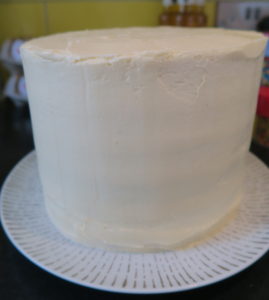 I spread on a final layer of buttercream and smoothed it out. Usually I would do this on a turn table, but as I was adding sprinkles to the bottom I wasn't too concerned about absolute neatness! 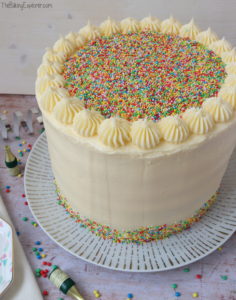 My family and friends loved this Lemon Rainbow Cake, and it was very popular at my birthday party. It even did well against my favourite cake of all time which was also on offer - Chocolate Guinness Cake with Baileys Buttercream! 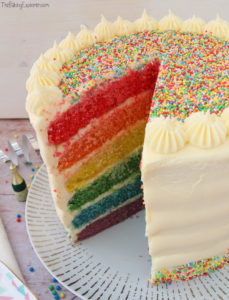 You get quite a large slice of the Lemon Rainbow Cake even if you cut quite a thin slice, purely because of the height of the cake. But the lemon curd and lemon zest in the sponge stop it from being too sweet, which is exactly what I wanted.

What lemon curd should you use?

If you are using a shop bought lemon curd, make sure to get a good quality one. They are worth the extra pennies for that delicious lemon zing! If you fancy giving Homemade Lemon Curd a try, check out my recipe. It's easy and quick to make with only a few ingredients, it's also creamy and silky smooth, and the flavour is incredible! 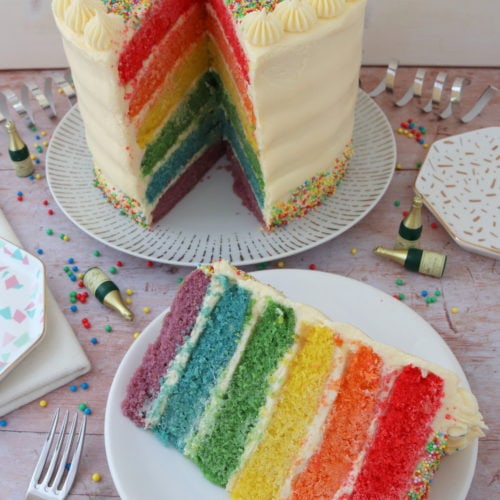 For the buttercream and filling

If you need a lemon curd recipe, check out my Homemade Lemon Curd recipe.